Cheetah males and females’ territories overlap, allowing individuals meeting for courtship. Females with sub-adult cubs come into estrus and can mate with a single male or with multiple partners. Cheetah females are induced ovulators, i.e. they need external incentive to stimulate estrus. Meeting the male conspecifics and their interest is one of the strongest stimuli. Amani – the most successful cheetah female in the Mara has been raising the third litter in the Mara North and Lemek conservancies. In order to acquaint her cubs with different types of environments, prey and competitor species, Amani takes each litter through the Ecosystem, including the Maasai Mara National Reserve. I the beginning of September, Amani brought her thee cubs into the reserve for several days, and then appeared again in the middle of September. At that time, she came across the male coalition Tano Bora, who have been holding her hostage for three days. Amani’s cubs were hunting in 1-2 kilometers. Shortly before noon on the third day, when the males have lost interest in the female, and one by one left her to hunt, Amani slipped away and began to search for her offspring, calling them. She went to the area where she had last seen them and met a hungry hyena and heavy rain on the way. Seven hours later, she finally teamed up with her cubs. The male cub was keep trying to mount the mother a few times – that is how cubs meet lost siblings. This behavior could be triggered by the release of hormones that the young male felt in the adult female in heat. Time will reveal if Amani mated successfully. 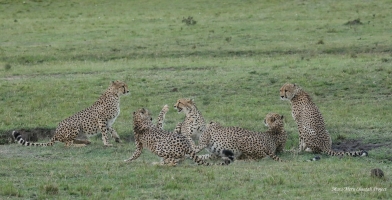 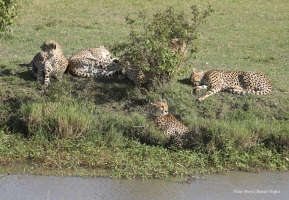 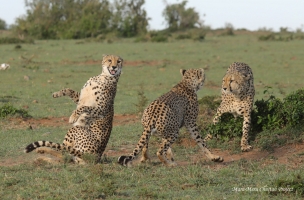 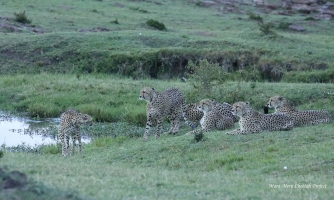 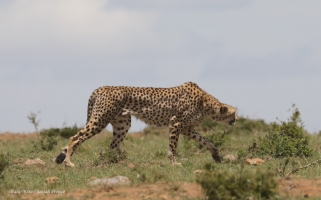 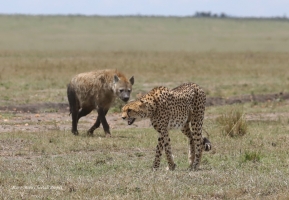 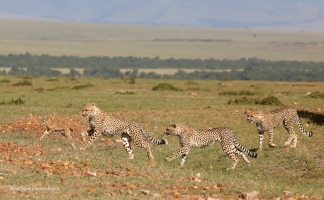 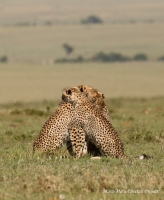 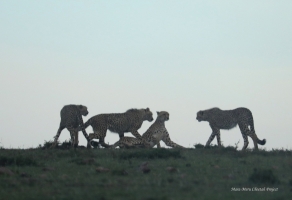 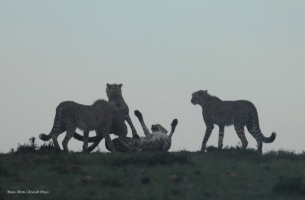 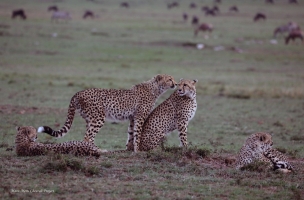