Sarcoptic mange is a highly contagious mite infection caused by Sarcoptes scabiei burrowing under the skin of domestic and wild mammals. It has been reported from 10 orders, 27 families and 104 species of domestic, free-ranging and wild mammals, including cheetahs. Cheetahs acquire it via direct contact with infected prey species or conspecifics. Clinical symptoms of mange depend on the immune status of the respective host. At the latest stages, the skin becomes extensively thickened, greyish in color, there is a marked eosinophilia throughout the epidermis and dermis (the skin becomes red in color) and often almost complete alopecia. The skin cracks, dries and exfoliates exposing the unprotected tissues. Treatment of infected individuals in the field has been successful. In addition, some cheetahs recover by themselves. One of the best examples is a female Maridadi, who we first met as adolescent at the border with Tanzania in 2016 soon after she had separated from her family. In 2018, we found Maridadi in a poor condition with mange (4-5 stage), and informed the KWS Vet team. However, she disappeared for a long time, leaving us in doubt about her physical condition, to appear this year in great shape and accompanied by a big cub! So far, she has had two confirmed litters, and now there is hope that she will be able to raise her cub.
In general, in the population of Mary cheetahs, there is a pronounced trend towards a decrease in the incidence of scabies. In 2012, 22 (10.10.2) cheetahs (29%) were spotted with different stages of mange, of which 8 (3.3.2) were treated by the Veterinary Units, and 3 (1.2) recovered by themselves. In 2014-2015, 10(3.6) were spotted with mange (13%), in 2016, 5(3.2) with mange (8.5%), in 2017, 4(2.2) – 5,4%, in 2018, 2(0.2) – 3%; and in 2019 – 5(3.2) or 7% adult cheetahs, out of which 2 males spent most time in Serengeti. In 2019, two young cheetahs (1.1) have been treated by the KWS Vet Unit and one female recovered by herself. In 2020, 0% cheetahs were spotted with mange. 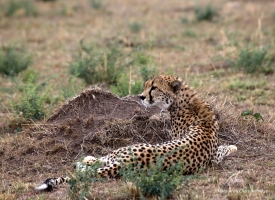 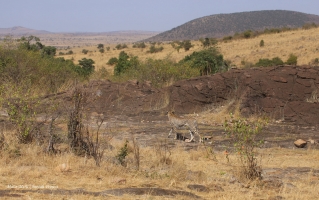 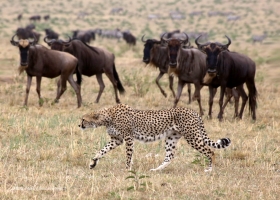 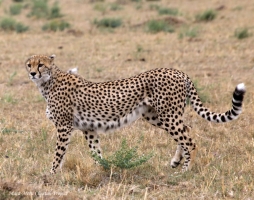 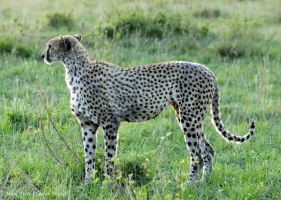 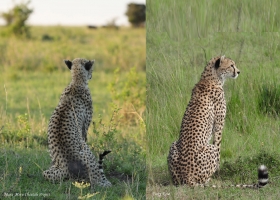 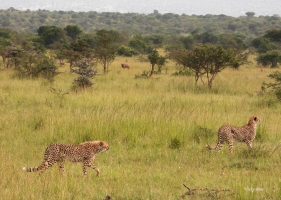 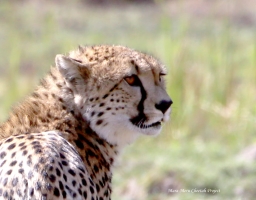