Hunting of a cheetah group is a complex process, which includes two interconnected conditions – coordination of actions of coalition members and the adequate space for it. Before hunting, cheetahs scan the area for other predators and rarely hunt if they spot any. Through hunting experience, predators learn behavior of a frightened prey, but cannot predict movements of vehicles. To start the chase, group members (for example, Tano Bora) must be sure that nothing will stop them from completing the hunt. Therefore, often when they see a car behind prey, the males cancel the hunt and change direction. Tano Bora (Fast Five) males apply different tactics: 1) one male initiates the hunt and after a short delay, others (one to four) participate in a chase, 2) two/three members chase different ungulates and once one of them succeeds, all males joint the hunter to take down an antelope; or 3) two/three males chase different antelopes contemporaneously and each ( usually two) make kills at a considerable distance from each other. The latter is advantageous particularly if kills are small and cannot provide enough provision for all members, or if kleptoparasites (e.g. hyenas) are in the area. Having lost one prey, coalitionmates retain another. 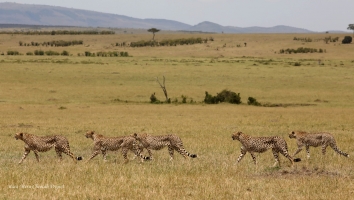 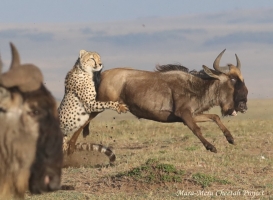 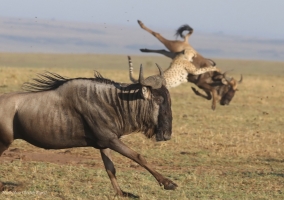 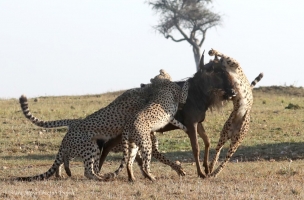 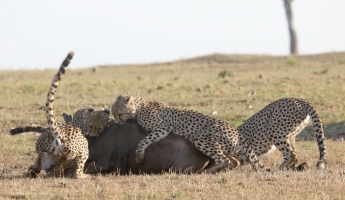 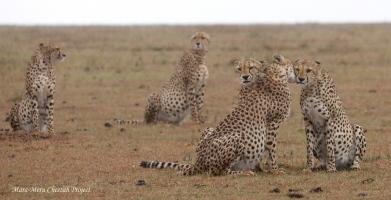 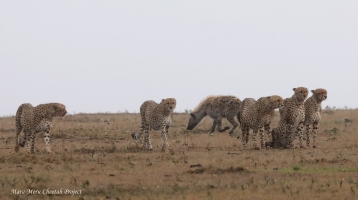 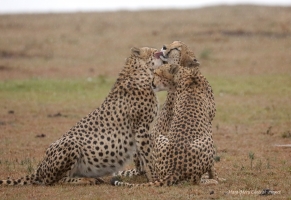