The relationship between cheetahs and warthogs is ambiguous. Female warthogs, called sows, live in groups called sounders, which can contain two or more females with their offspring sometimes of different ages. Subadult males associate in bachelor groups, while adult boars live solitary. Since warthogs have many enemies among predators, they do not miss the chance to assert themselves on cheetahs and chase them away not only from resting places but also from a kill. We observed Nora driven from her fresh kill by the sounder of 4 adult saws, who then ate leftover alongside the jackals. When find resting cheetahs, sows lead piglets towards predators at a close but safe distance, ready to escape at any time. By that introduction of predators to their young, saws teach their offspring how to behave in the presence of enemies. Mature boars and sows without offspring provoke cheetahs, and after a short run attack the cheetah and follow escaping predator for a long distance. When one of the Tano Bora male – Olonyok temporary separated from the group, he was pursued by two adult warthogs, who drove him into a ravine. To date, we have observed only a coalition of five males (Tano Bora) and a female Imani have been able to resist the adult warthogs and not only defend their prey, but also drive the warthogs away. Last week, Imani was able to drive 4 adult warthogs away from a carcass, which she and 3 small cubs ate in the shade of a tree, while Nashipai with her 9-month-old cubs conceded to a group of 2 sows with their piglets. 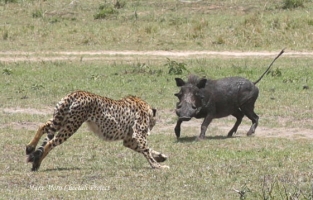 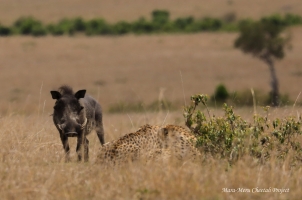 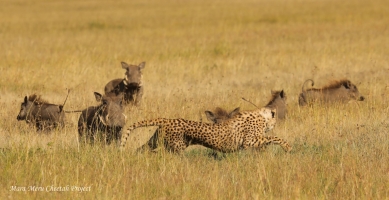 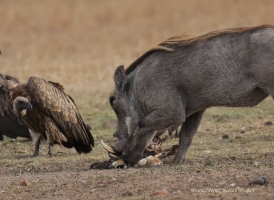 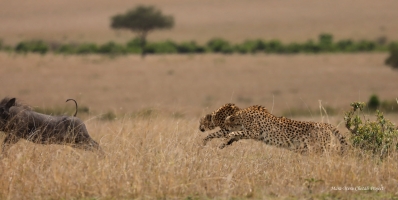 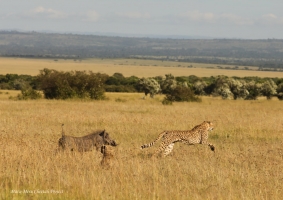 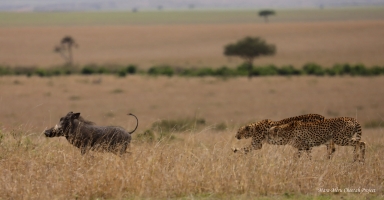 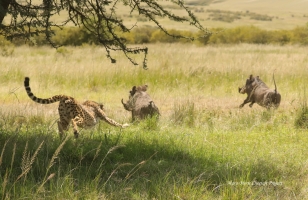 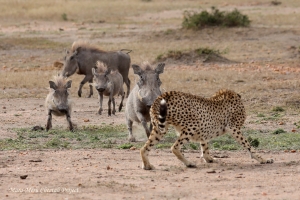 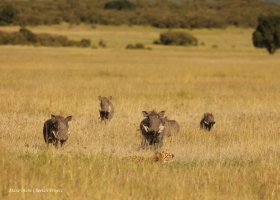 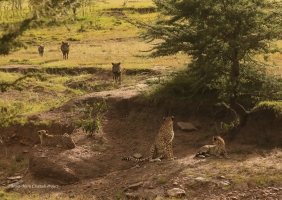 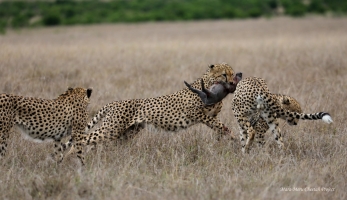 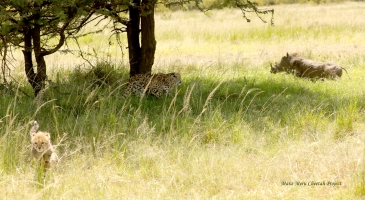 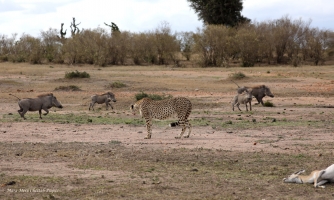 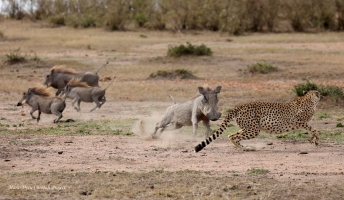 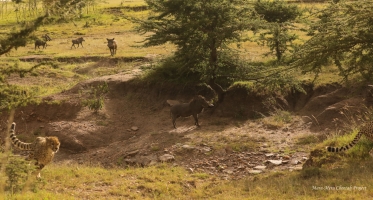 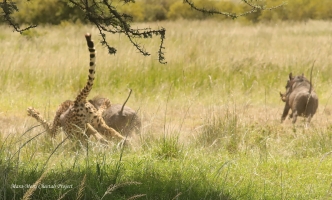