Cheetahs share habitat with different species including competitors for the space and resources – lions, hyenas and baboons. Each of these species is potential kleptoparasite and does not miss the chance to snatch the cheetah’s prey, despite the abundance of the prey in the area. Therefore, the latter has to be extra vigilant before the hunt, so as not to waste energy in vain and lose its prey. Today, 8-year-old Nora had to wait for long hours for the troop of baboons of over 50 individuals retire at a great distance, to begin the hunt. Unfortunately, as soon as she caught the female Thomson’s gazelle, the first lioness appeared from the bushes on the opposite side of the field. Not having enough time to strangle the antelope, Nora ran away to a safe her life. The gazelle had driven the attention of a lioness away from the fleeing cheetah, but the moment it was killed, 3 other lionesses rushed from the bushes, trying to take possession of the prey. Since the kill was small, the hunter tried to protect it, but after a short fight, hungry lionesses tore the carcass, so that each female dragged away her own piece. Until the end of the day, Nora watched the lions from the hill from a safe distance. 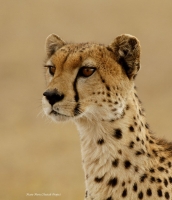 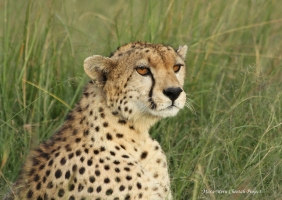 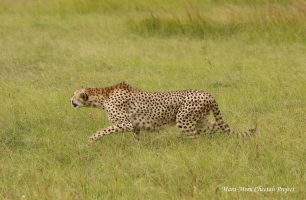 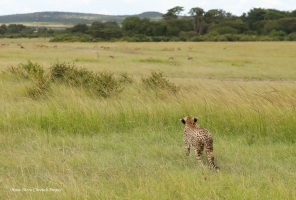 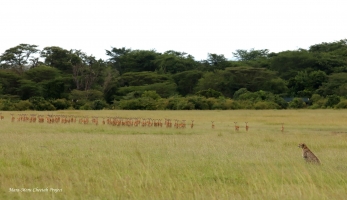 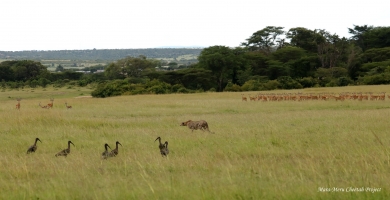 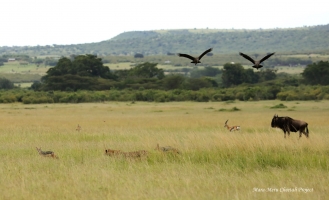 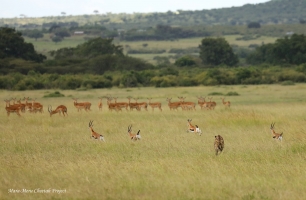 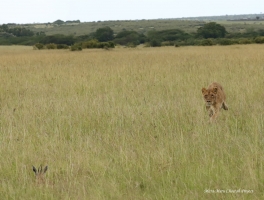 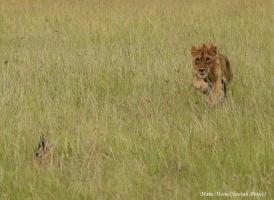 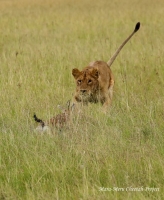 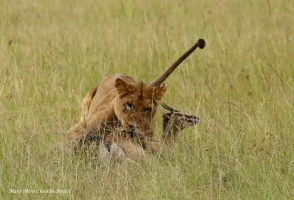 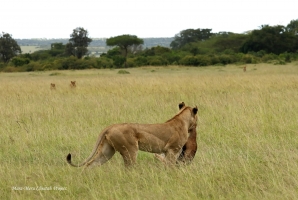 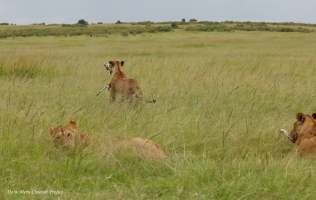 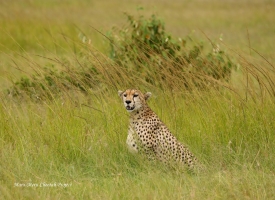