There are few significant differences in the behavior of single female cheetahs of the Mara and females with cubs. Solitary cheetahs often eat where they hunted, for example in an open field, even if they drag the prey several meters away. Female with offspring prioritizes cubs’ safety and therefore tries to hide while eating. Females that are tolerant to the presence of cars attempt to drag a kill under the nearest vehicle. The reason for this is not hot weather and bright sun, but the need to hide prey from potential kleptoparasites. Since a female with cubs can spend more than 6 hours feeding on the same carcass, a car is not the best form of protection. In addition, cubs should learn from their mother to solve such a problem using natural resources. The most effective solution is to hide a kill under a bush, which provides the family with shadow and cover from prying eyes for several hours. Two-year-old Kweli – a young and strong mother drags the carcass 50-100 meters to the nearest bush. Her mother – the most successful female in Mara Amani, did the same. If there are no bushes in the field, the female can drag the carcass into a deepening in the soil or a tuft of taller grass. So that the carcass does not attract the attention of birds of prey from the air, the female also bury the carcass with grass and lies nearby. Meat sun-dries, and the family returns to feed several times within a few hours. It is important to keep a distance from females with cubs when they are feeding, giving them opportunity to detect any potential danger and give a female the way to the nearest bushes to hide with a kill. Solitary females often spend most of the day resting in a shade and become active after sunset. Females with cubs start looking for a safe place to sleep around 17.00 and prefer an open field with a good view far from the roads. If not disturbed (by predators, rain etc.), the family can spend the whole night at the same spot. Kweli is brave and protective – during one week, she has chased from her cubs not only warthogs but more over – in four cases – a hyena! 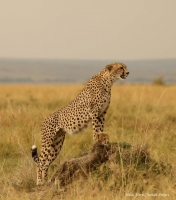 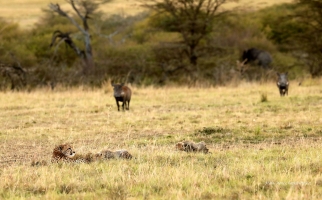 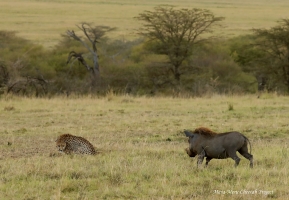 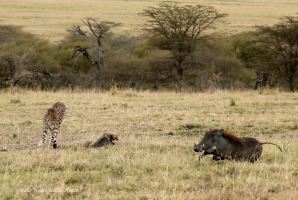 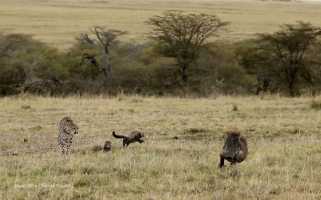 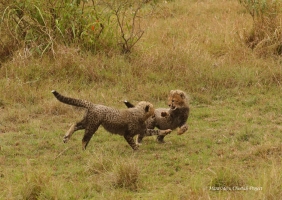 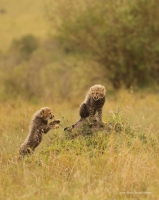 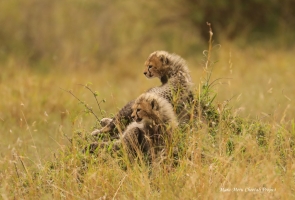 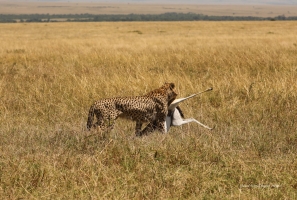 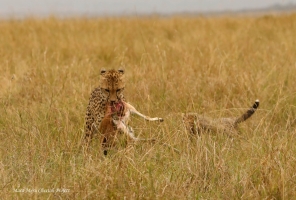 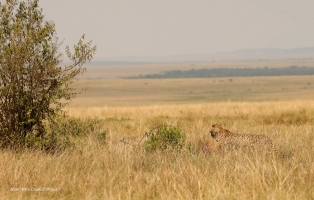 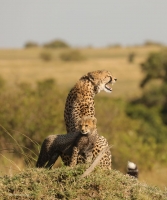 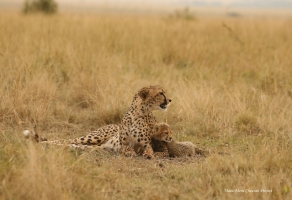 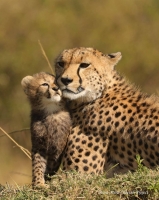