Males in a coalition usually share large and middle size prey. However, if the prey is small, the hunter does not share it with his coalitionmates. For example, three days ago, when Tano Bora males were walking in the field in a line searching for prey, the last one in a chain – Olonyok spotted in the tall grass a Thomson’s gazelle fawn and caught it. He ate it alone, fiercely defending his prey. Any attempt by any coalition member to approach him was met with growling or blows of paws. The ex-leader of the group – Olpadan was the one who was following Olonyok and patiently waiting for the opportunity to snatch at least a piece. He responded to Olonyok’s growling by immediately turning his back to Olonyok that is, demonstrating a posture of submission. On another occasion, when Winda caught an adult Impala male, all the members of the group ate it together. 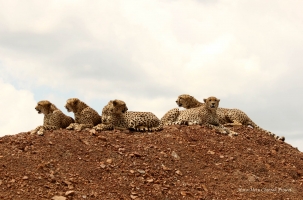 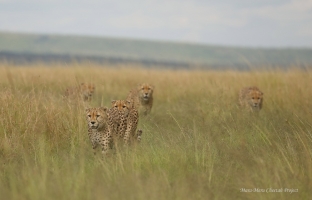 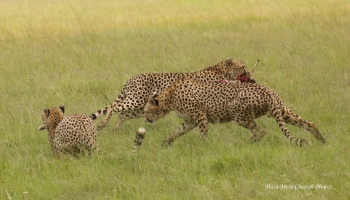 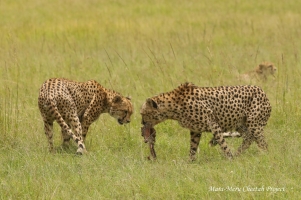 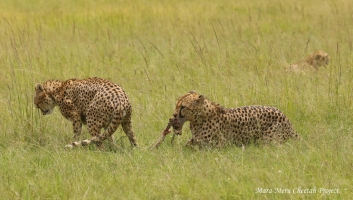 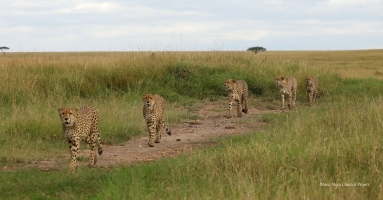 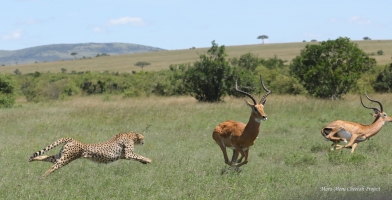 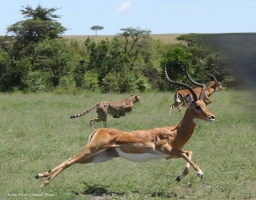 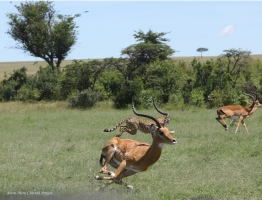 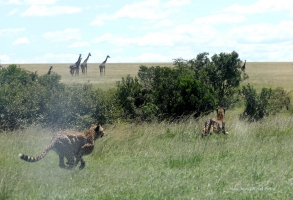 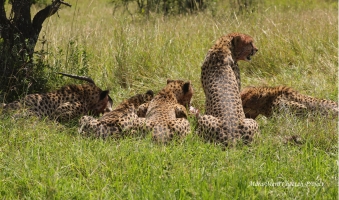 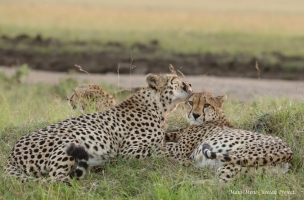 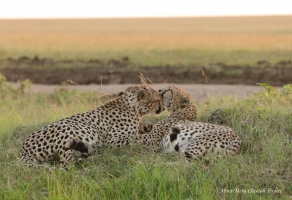 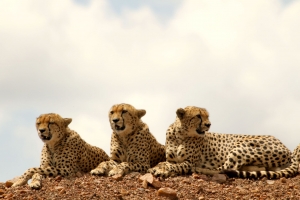