After mother leaves her adolescent cubs, littermates stay together from a few weeks to several months, and then sisters and brothers disperse. Amani – the most successful female in the Mara, successfully raised her forth litter of two females (Kweli and Kuleta) and one male – Jasiri. After Amani had left them, the siblings have been staying together for half a year, and finally, the sisters and their brother began an independent life. Jashiri is now intensively exploring Mara, successfully hunting and resolving territorial conflicts with conspecifics. It is not easy for the solitary male to establish and keep territory in the area dominated by the biggest cheetah male coalition – Tano Bora. When recently they spotted Jasiri from a distance, all five approached him slowly trying to investigate the sex and status of the intruder. Territorial fights end up sometimes with injuries of the one who is in the minority. Tano Bora males attacked Jasiri four times, but to the honor of the males, it should be noted that not a single individual was injured, and Jasiri left the spot without a scratch. In all cases that we observed when Tano Bora attacked different males, not a single man was wounded or injured. In a few minutes, five males lost interest in a male and switched to hunting, so Jasiri left safely. For him the day started with a good meal, and for Tano Bora the day ended with a successful hunt. 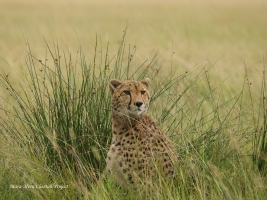 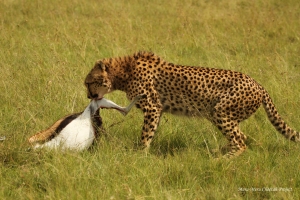 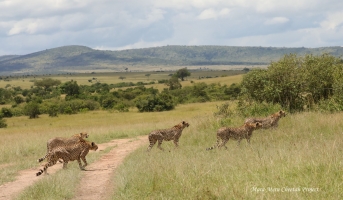 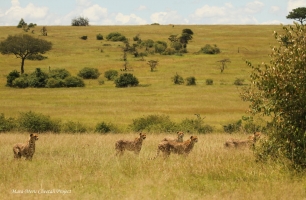 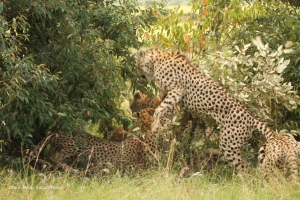 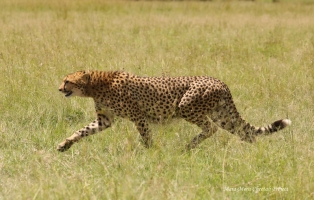 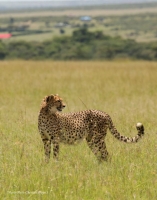 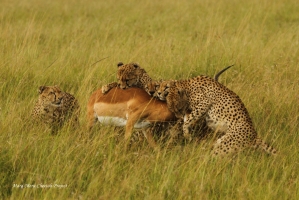 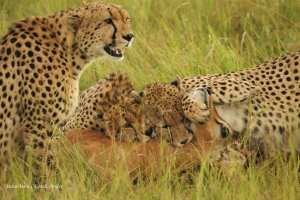 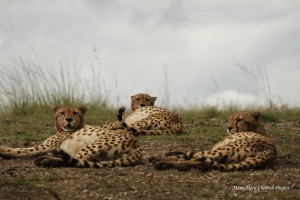