The Mara guides named this young female Kisaru (The One who Helps, in Maa) for her incredible care for her sister Busara during almost six month after their mother Amani had left them. Now she lives up to her name, taking care of her six cubs. To make sure cubs will not interfere with the hunt cheetah mothers leave them behind sleeping deeply after nursing. When cubs are small, sometimes mothers travel for several kilometers and after successful hunt, come back to the den by a different route. After cubs began eating solid food, mothers also prefer leaving cubs behind and hunt available prey in a few hundred meters from them. In all cases, mothers have to feel secure while hunting, expecting that nobody will wake up their offspring. Mother calls the cubs only after she had suffocated the prey, and if there is nobody in between her and the offspring, the latter will join the mother shortly. Raising her litter in the remote conservancies, Kisaru has to secure it from other predators, teaching offspring survival strategies. When hyena appeared at a short distance from the family feeding on the gazelle, Kisaru decided to stay until the kleptoparasite started approaching the kill. By keep eating, she was attracting attention of a hyena to the food and not to her cubs, who raced off to the field. Just before running to join her cubs, Kisaru slapped the hyena. The bigger the cubs grow, the more often Kisaru has to hunt and more difficult it becomes to secure her litter and food, and the more careful we have to be with this unique family. 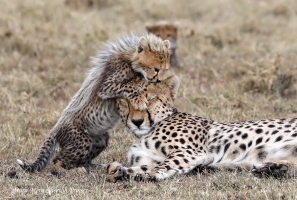 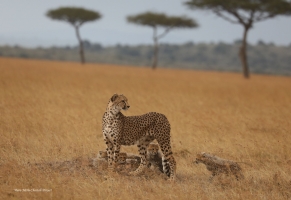 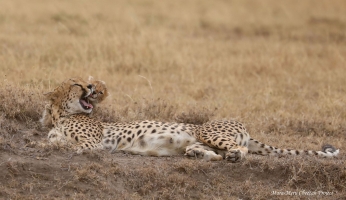 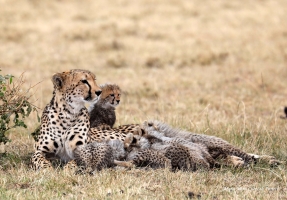 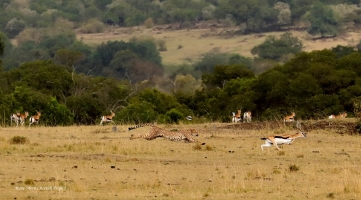 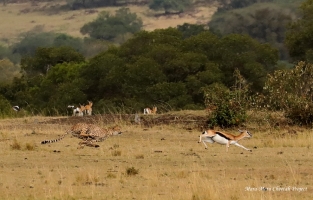 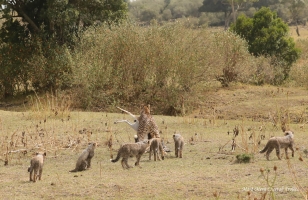 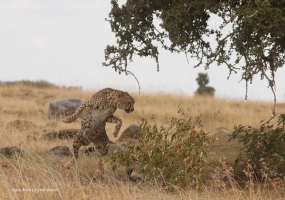 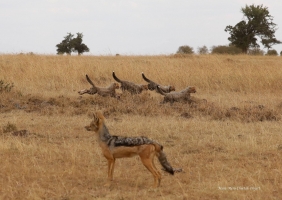 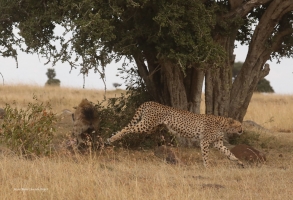 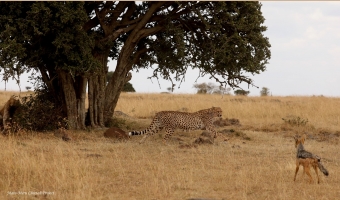 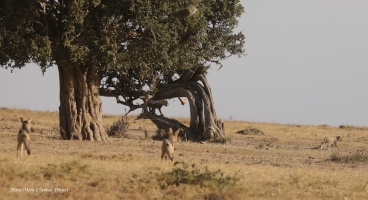 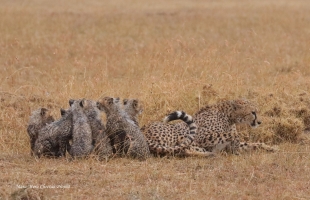 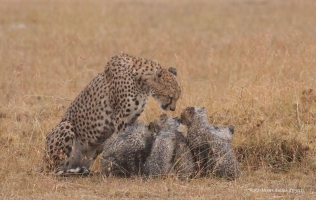 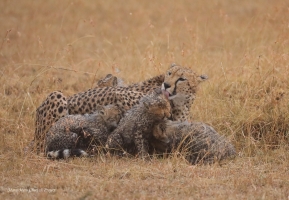 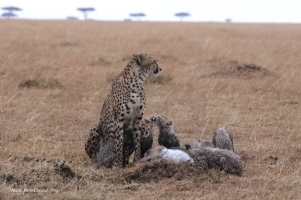 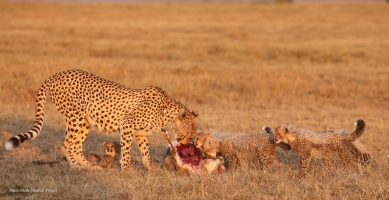 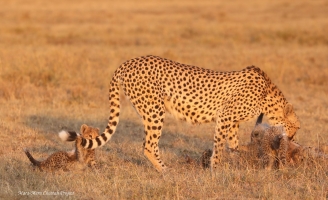 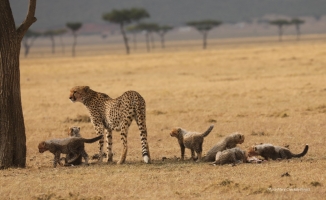