MARA-MERU CHEETAH PROJECT is a long-term research started with a reconnaissance in November 2011 and actual fieldwork in October 2012. For several months the team has been based at Keekorok staff quarters in the heart of Maasai-Mara National Reserve

GENERAL GOAL of the current research is: Identification of behavioral adaptations and assessment of impact of social structure on reproductive success and survival of the cheetah in the protected areas under anthropogenic influence

During first phase of the study, in the Meru region the team is collecting photographic materials and sightings. In the Mara, reseach team is carrying out fieldwork with the following objectives:

1. Estimation of current cheetah population status in the Mara, based on individual identification; establishing a database for all identified individuals for each study area.

Only field investigations can provide the essential and precise data on current populations in the wild. Working I Kenya as Research assistant in the Maasai-Mara Cheetah Conservation Project initiated by the Kenya Wildlife Service (KWS) in 2001, Dr. Chelysheva developed original method of cheetah identification (based on comparison of spot patterns on the front and hind limbs and spots and rings on the tail). Collected over the years, vast photographic data of Mara cheetahs formed the basis for building Mara cheetah Pedigree. This work had never been done before and the research team is sharing results with the relevant stakeholders. Archive pictures and new photos have been catalogued to provide a pedigree of Mara cheetahs from 2001 to date. Many photographs were provided by: resident Mara managers, guides, researchers and photographers. Kinship (parents/grandparents/littermates) between over 40 adult individuals revealed, and this data is keep changing with respect to incoming information

Lions, spotted hyenas and leopards inhabit Mara. As predator conflict issues are viewed as one of the major threats to cheetah survival, the team will analyze interactions between cheetah and other predators and evaluate other potential treats such as: conflict with livestock farmers, accidental snaring and hunting for live trade and skins. 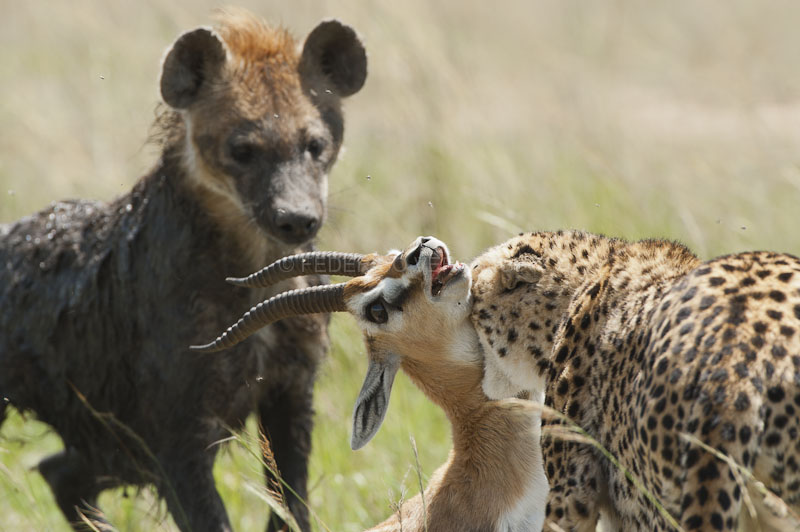 Data collected on long-term basis in different seasons, various areas and on different individuals will reveal mechanism of behavioral adaptations of these valuable species. Also we will provide stakeholders with scientifically based information on the level of tourism impact on cheetah behavior and survival

3. Behavioral observations in Mara on cheetah relationship in families

Families with two or more female cubs and/or two or more male cubs of 4-6 months age have been chosen for long-term observations, which provide valuable information on cheetah survival strategy in the area and unique data on species group living. By moving within the region, adult cheetahs, and cubs following their mothers get to learn different types of habitat and to experience encounters with prey, food competitors, humans and predators. By that, they develop different behavioral strategies contributing to the survival, which we record while monitoring these animals

Behavioral observations will provide the scientific basis for modeling cheetah survival strategies in different ecological environments. The collected and analyzed data will help to improve cheetah conservation activities in the regions, since it will aid in the formulation of conservation strategies for this particular species in these regions

4. Interviewing local driver/guides and training them for cheetah identification and data collection

It has been shown by numerous studies that tourists’ misbehavior and harassment has negative influence on cheetah. The involvement of various Camps and Lodges from different parts of Mara region is significant to the Project, as they provide the research team with information on cheetah sightings and photographic material 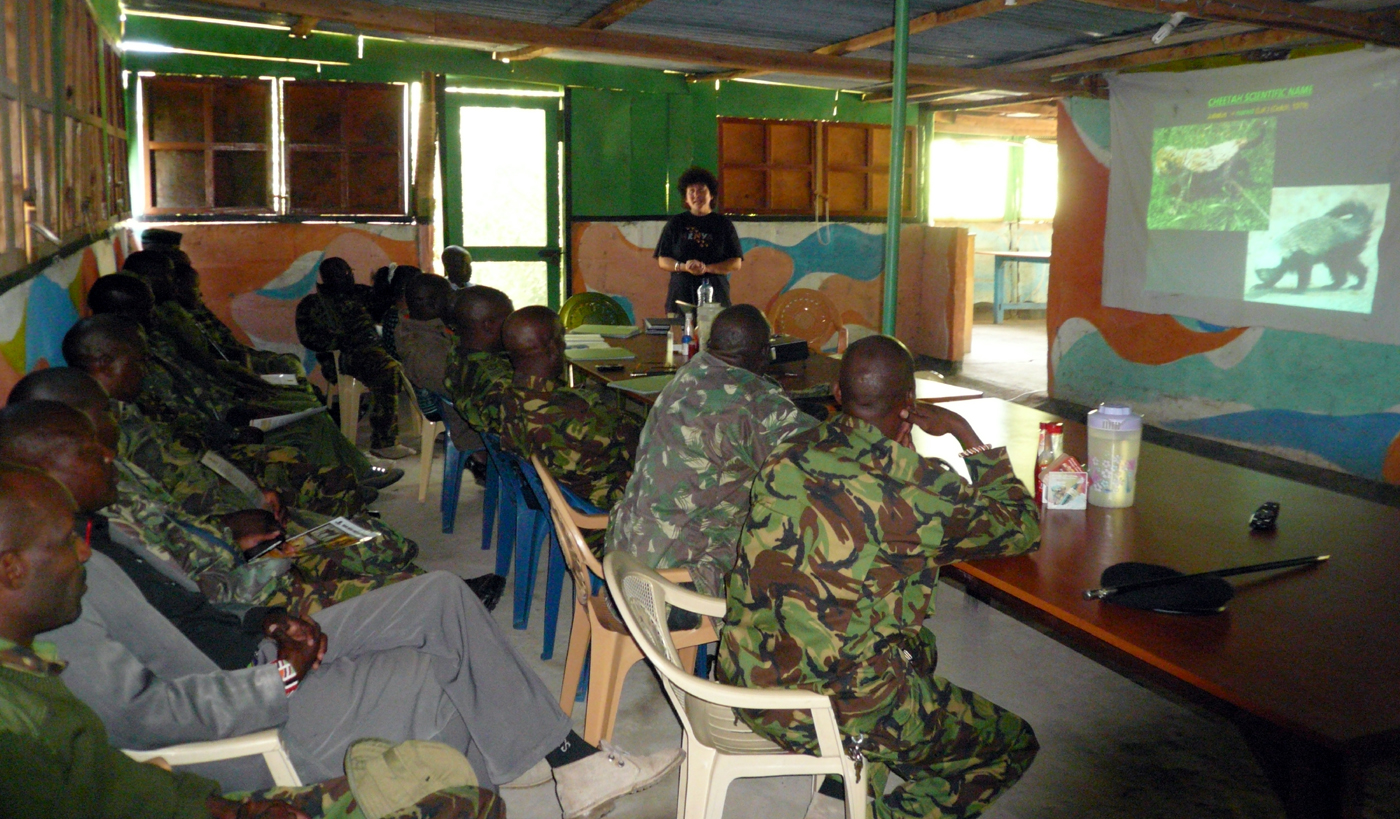 On the regular basis, researchers conduct workshops for the County Council rangers field teams and provide them with identification materials.  Also researchers make workshops in different Mara Camps and Lodges for the driver/guides giving them talks with the PowerPoint presentations on Cheetah biology and Conservation and train them cheetah identification techniques in order to encourage them to participate in cheetah conservation. The team also gives talks on Cheetah Ecology to the visiting driver/guides and Mara visitors in order to encourage them support preservation and respect for the remaining free-ranging cheetah populations in Kenya 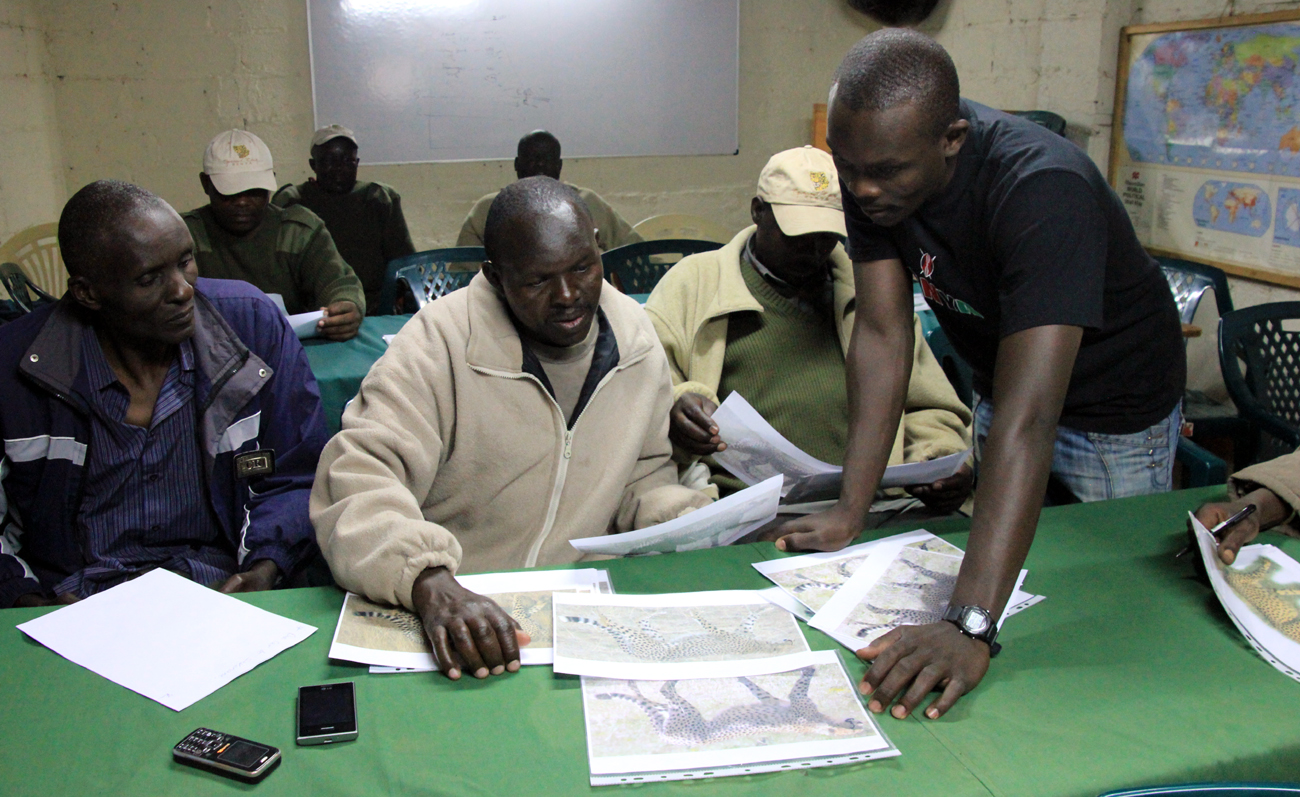 Interviewing local communities provides an understanding of knowledge, challenges faced and perception about Mara wildlife of different generations of the maasai. After processing of collected information on the above, ecological educational program will be developed. Findings of the project form the basis of community education, which promotes the improvement in their knowledge, perception and involvement in the conservation of wildlife and in particular cheetahs 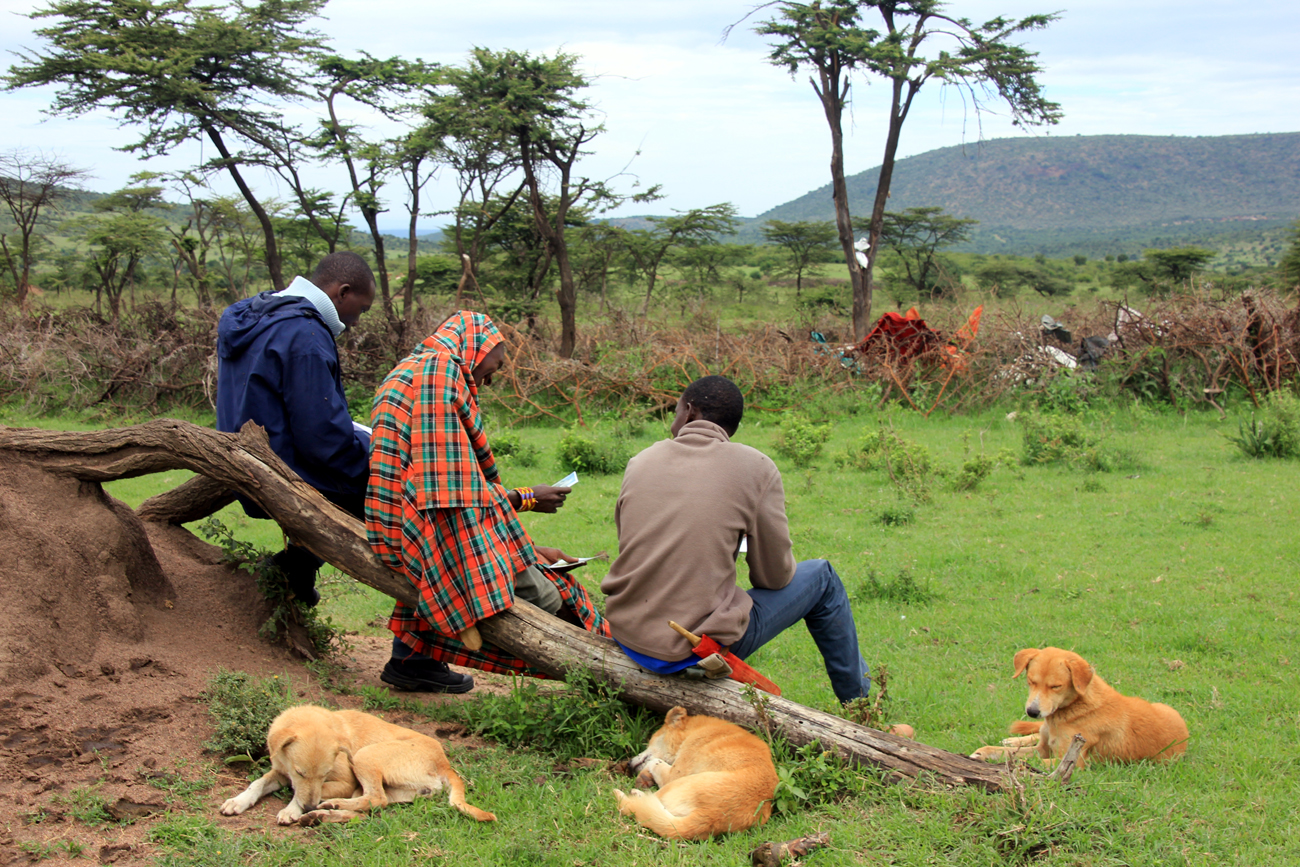