Firstly, the global wild cheetah population is estimated as low as 7,500 animals with the Kenyan population considered to be one of the strongholds for the species in Africa.

Secondly, most of our knowledge of cheetah behavior and social structure is based on the information obtained from observations of cheetahs of Serengeti plains. We have only fragmented knowledge on cheetah behavior in other habitats. In the study regions (Mara and Meru) cheetahs inhabit various types of landscapes, and interact with the other predators (lions, spotted hyenas and leopards), which will provide extensive material for studying the survival strategies.

Thirdly, in Kenya, two or more adult females or an adult male and female have been reported with cubs of various ages – these are “not typical” cheetah groupings as female cheetahs are known to raise their cubs solitary. 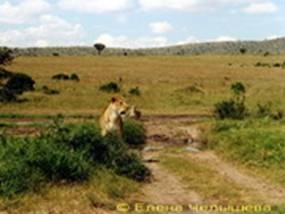 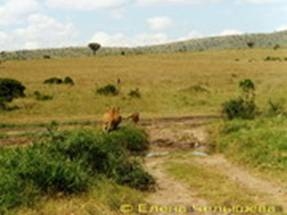 Lioness attacked cheetah female – mother of 4 cubs, but did not hurt her (Mara, 2002) 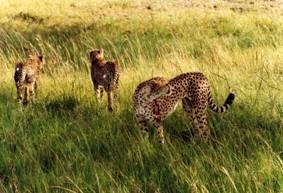 It is estimated that there are as 1500 cheetahs inhabiting Kenya. It is believed that during the last 18 years cheetah numbers in the world have declined by 30% primarily due to increasing impact of anthropogenic factors which makes direct (killings due to conflict with livestock and hunting for live trade and skins) and indirect (habitat loss and fragmentation, reduction of prey density etc.) influence on cheetah survival.

The two study areas experience different types of the anthropogenic (human) influences. The part of Maasai Mara Ecosystem (Mara) – Maasai-Mara National Reserve, has high tourist activity and relatively low livestock grazing, while Meru Conservation area (Meru) has the low tourist visitation and very high grazing. The Mara (3500 km2) is one of the most popular tourist destination, while Meru (4000 km2) is considered to be one of the remaining true wilderness areas in Kenya. 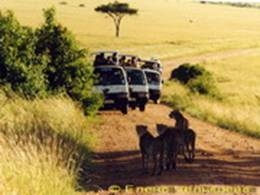 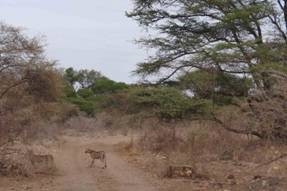 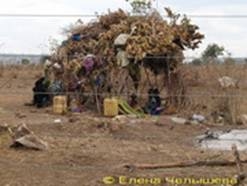 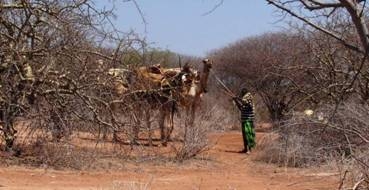 In the Serengeti National Park in Tanzania a detailed long-term cheetah study was initiated in 1974. Most of our knowledge of cheetah behavior and social structure is based on the information obtained from observations of cheetahs of Serengeti plains. We have only fragmented knowledge on cheetah behavior in other habitats. Meru is characterized by a mosaic of varying geomorphologic landscapes, by overlapping climatic zones and varying vegetation cover including open Acacia wooded grassland, bushland, shrubland and riverine forests. Although it is difficult to spot cheetahs in dense vegetation, behavioral observations in Meru will provide more details on cheetah survival strategy in different ecological conditions.

In the thick vegetation, cheetahs demonstrate ecological and behavioral flexibility by using group hunting techniques for bigger and slower prey  or “leopard-style” hunting small prey such as dik-dik, tree hyrax and vervet monkey. It is possible that dense vegetation allows cheetahs to demonstrate higher levels of sociality. Behavioral observations and testing stress hormones levels extracted from fecal samples will provide more details on cheetah survival strategy in the dense vegetation and might support this hypothesis.

In Kenya “untypical” cheetah social behavior  have been described. Cheetah cubs were seen accompanied by two or more adult females or by adult male and female. Years of documentation show that cheetah females live solitary life except for the time when raising cubs, and males live solitary or in coalitions.

In 2010, questionnaire on cheetah social grouping had been sent to 35 carnivore projects in 15 African countries, and 31 replies have been received. Meetings of adult cheetah female groups were seldom if ever documented. The only countries reported such cases were Botswana and Kenya. In 2007, two females with cubs of different ages have been observed in the Masai-Mara National Reserve.

This study of different regions is important for the conservation of vulnerable species and for preserving their unique habitats.