2021 has been a tough year for cheetahs with 3 male coalitions consisting of a pair of males losing one member each. Among them was the coalition of Mkali and Mwanga. Young males were first sighted in the Mara Triangle in June 2019. Since the males were not similar to each other (very likely not siblings or had different fathers), we named them accordingly: the male with large bright spots was called Mkali (bright), and the other with small spots Mwanga (light). By the end of the year, the brothers wandered along the far side of the Reserve – in the Tipilikwani-Talek area, and later explored the Olkiombo – Rhino Ridge areas, where they shared the territory with the sons of Rosetta Ruka and Rafiki. Like some coalitions Like some coalitions in the Mara, sometimes Mkali and Mwanga would split up while courting the females, and then reunited again. But on September 25, 2021, we found Mwanga not only alone, but injured. Since then, no one has seen Mkali, which probably means he died. The deep wound on Mwanga’s thigh was not fresh, and was located in a place where the cheetah could hardly reach to get rid of necrotic tissue. To avoid infection of the wound, the KWS veterinarian Dr. Limo decided to provide assistance. Over time, the injured muscle tissues recovered, the wound healed, and a barely noticeable scar remains in its place. From the very beginning of recovery, the male hunted independently. With only about 7,000 cheetahs left in the wild, the life of this 5-year-old male is extremely important for both the Mara population and the species as a whole. Having lost a partner, Mwanga successfully hunts and still patrols the areas where he was with a partner, and where he has a high chance of meeting different females and leaving his genetic “trace” and contributing to the genetic diversity of the cheetah population. 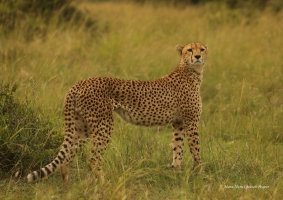 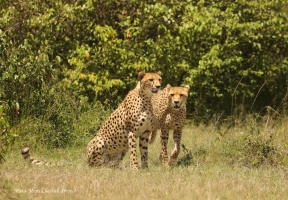 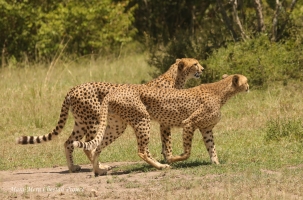 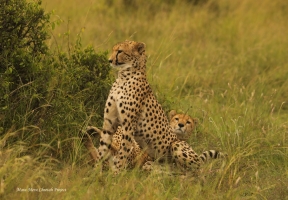 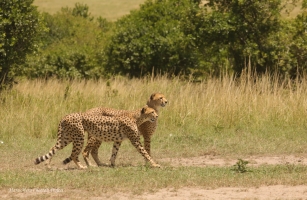 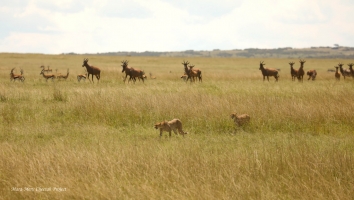 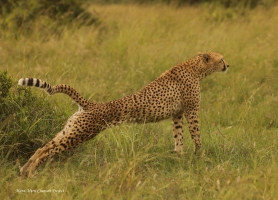 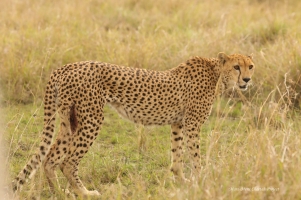 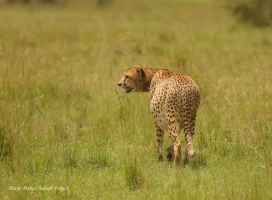 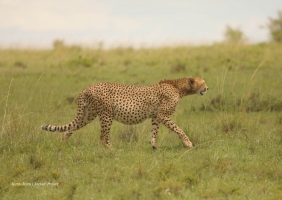