All cheetahs have different characters and phenotypic traits that allow them to be distinguished from one another. The largest male coalition in the Mara became famous immediately after it appeared at the end of December 2016. To optimize reproduction, group members split for a few days, and then we meet one of them or a couple / trio away from each other. It is time to facilitate the process of recognition of each member of these five. Look at the pictures – the unique spot patterns are circled in red – this will help you to distinguish the males. Just compare the circled areas with the same areas in your photos. Watching these males, you paid attention to the differences and in their characters. For our database, we use individual numbers, and below are the characteristics of each member of the five with their individual numbers and names suggested by the local community. If you suggest other names, we will be happy to use them! The main thing is that these names are easy to pronounce and have a positive meaning.

M58 – great hunter, he was a leader of a group for almost 3,5 years. Often, he displayed a reverse aggression by attacking the male with the dark tip of a tail (M73). During last few months, he had been often attacked by his coalition-mates and recently, one of his testicle was removed due to a serious injury. It is proposed to name him Olpadan, meaning “Sharp Shooter” in Maa.

M70 – always follows the others, does not initiate activities but readily participate in all – from hunting to fighting. It is proposed to name him “Leboo” meaning “The one who is always within a group” in Maa.

M71 – was always together with M70 until recently, when started challenging the leader’s right to supremacy in the group by attacking him. He became a decision maker, good hunter and often leads the group. It is proposed to name him “Olaretoni” meaning “Supporter, assistant” in Maa.

M72 – a male who always plays a role of a peacemaker, protecting the attacked coalition-mates, especially a male with the dark tail (M73). He is a decision maker, good hunter and successful in mating. It is proposed to name him “Olarishani” meaning “Judge” in Maa.

M73 – a male with the dark tip of a tail, was in the lowest position in the group, often attached by a leader of a group (M58) and protected by a “peacemaker” (M72). He was working hard to gain respect of the coalition-mates, and now raised his rank. He is a good hunter and successful in mating. It is proposed to name him Olonyok meaning “The One who puts efforts to achieve better results” in Maa. 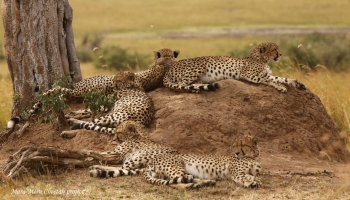 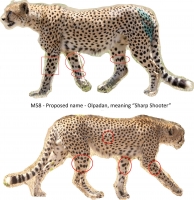 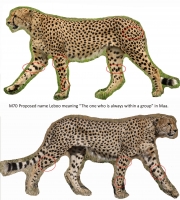 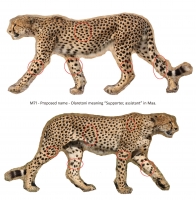 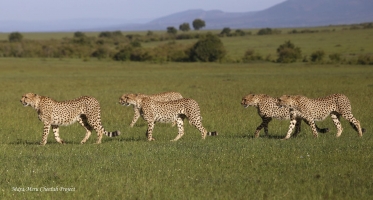 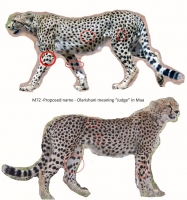 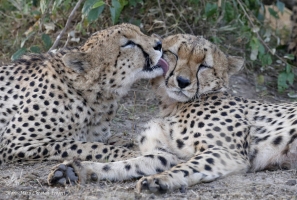 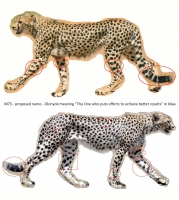 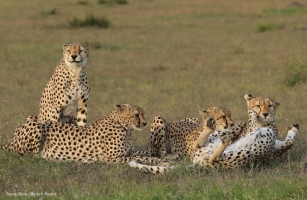 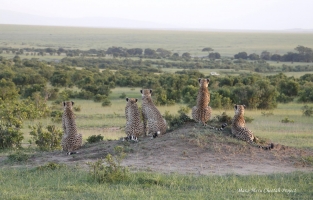 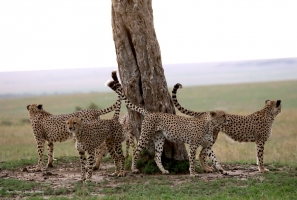