The size of a cheetah is largely determined by the quality of its nutrition during infancy. The more food the cubs get, the faster they gain weight and strength. For females desire to feed the litter is a priority and a powerful motivation to the hunt. Having caught the prey, the female gives the offspring the opportunity to get enough and only then begins to eat herself. If the prey is small, the female eats a little in order to maintain interest in hunting again. Milk production in females also depends on the quality of her nutrition. For 4 days, Nashipai tried to hunt, making more than 10 attempts in the same area. One ended successfully, but the hyena took the prey. Then the female decided to change the location. Within a few hours, the family covered 12 kilometers and in the evening, the female hunted successfully.
One of the factors contributing to a successful hunt is the lack of disturbance. Cubs, following their mother during the stalking, often interfere with the hunt. Therefore, it is beneficial for the female to leave them behind. After completing the hunt, the female calls the cubs, and at this moment, it is important that there are no cars on their way, and if there are any, it is important that the engines and radio are turned off so that the mother and cubs can hear each other and reunite as soon as possible. 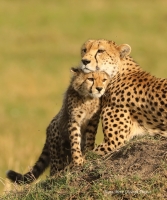 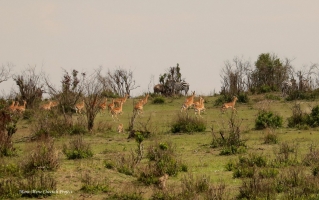 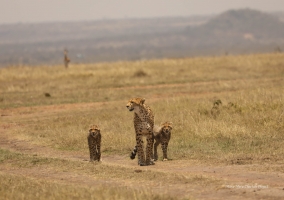 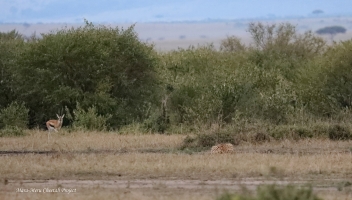 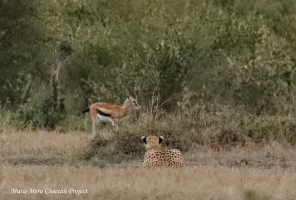 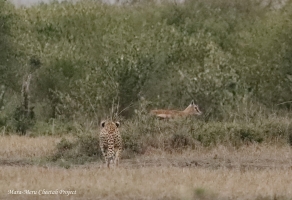 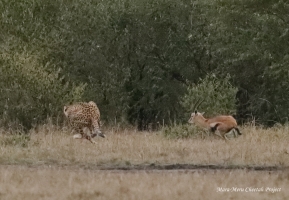 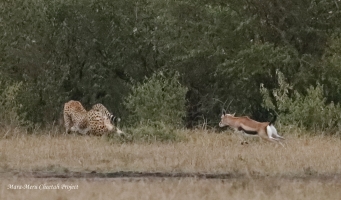 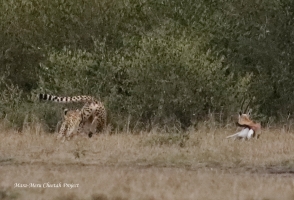 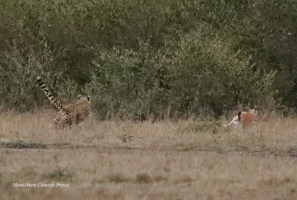 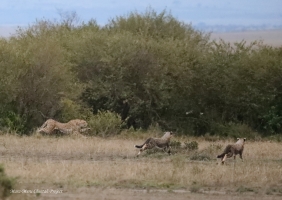 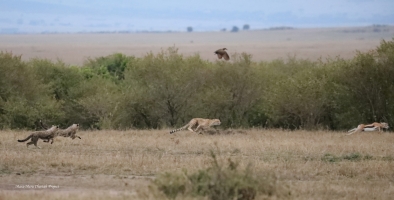 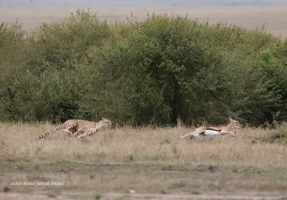 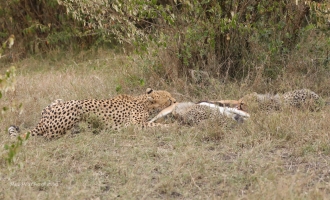 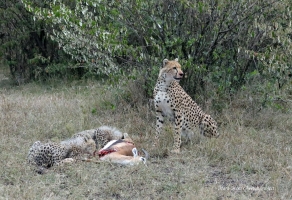