Every day cheetah cubs encounter with many inhabitants of the savanna and learn survival strategies by watching their mother’s behavior. Often, jackals and warthogs are the first to approach the prey of a cheetah. While the cubs are small, the female drives away intruders, but as they grow older, young themselves begin to drive them away. However, when the warthogs are close by, cubs remain near the mother – adult warthogs are dangerous to cheetah cubs. Encounter with conspecifics can be life-threatening. There were cases when male cheetahs killed cubs. In the Mara, the Tano Bora coalition periodically meet different females as their home ranges overlap. Over the past 3.5 months, Nashipai faced this coalition three times, and each time not all males were friendly, although they fought mostly among themselves. Interestingly, the former leader of the coalition Olpadan several times showed aggression towards Nashipai, while two males – Olonyok (repeatedly mated with Nashipai) and Olarishani (the peacemaker) stood up for her. Males showed curiosity about cubs. Every time scenario of the encounter was the same: after realizing that female was not receptive, males were losing interest in her and leaving. However, once the female was trying to escape, they were coming back surrounding her. Typically, for the third time, the males left the female completely and went far. 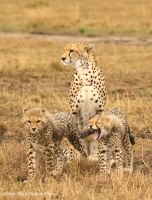 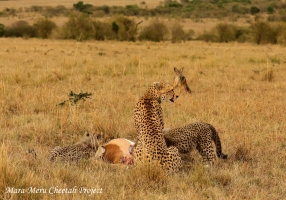 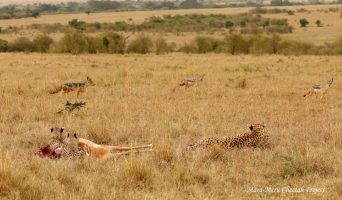 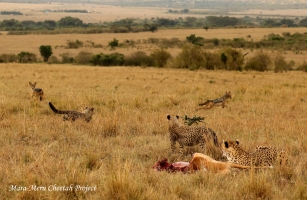 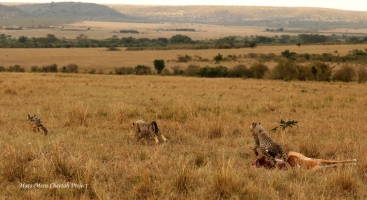 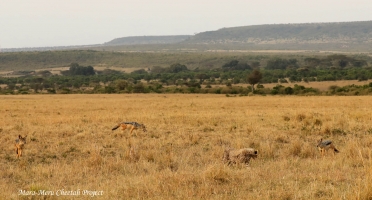 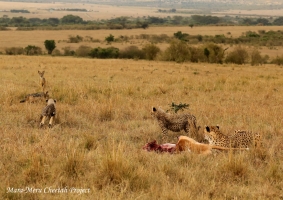 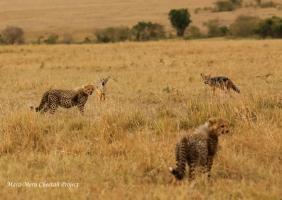 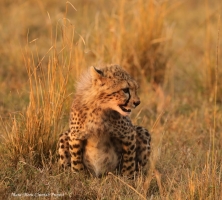 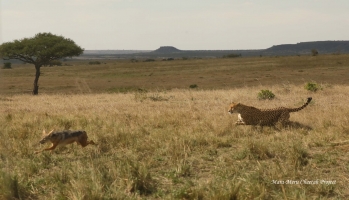 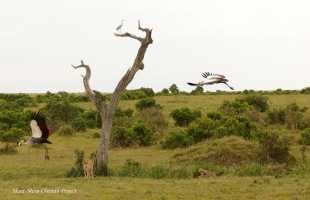 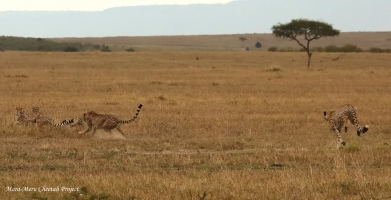 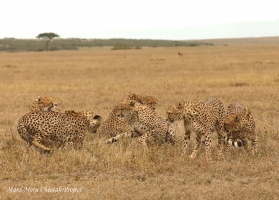 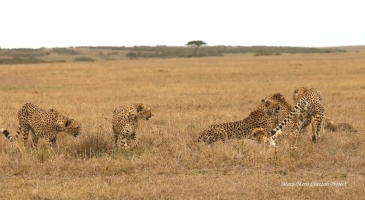 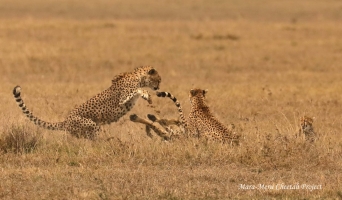 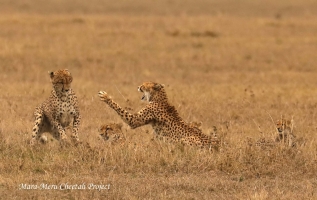 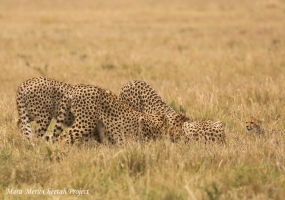 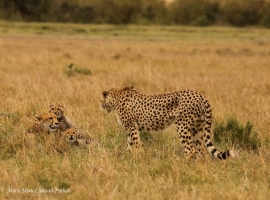 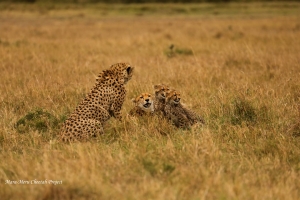 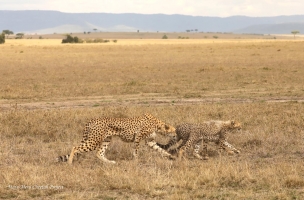 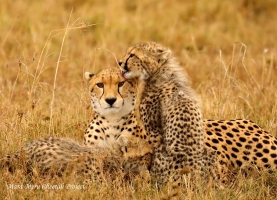