Cheetah females while growing litter, go hunting at distances between 3-10 kilometers from the den. The more cubs in the litter the less milk the female has, the sooner she begins to introduce solid food to the cubs. Prior to leaving the cubs in the bushes or in the grass, the female nurses them. Cubs fall asleep thus do not interfere while the female is hunting. With age, the cubs become more active and it becomes more difficult for the female to leave them for a long time. Waking up, they can start calling for their mother and thereby attract the attention of other predators, which can cost them their lives. For several months, animals (including carnivores) were accustomed to the absence of cars in the Reserve; for example, a female cheetah left cubs in a field with tall grass when going to hunt. Now animals will have to adapt to the appearance of numerous cars in the park.
July brought a pleasant surprise – the five-year-old daughter of Rani – Nashipai appeared in the Reserve with two 2.5-month-old cubs (male and female). This event is of particular importance, since this female after an accident in 2017 gave birth several times but could not feed her cubs. There was a hypothesis of apogalactia (complete absence of milk in females after delivery) or hypogalactia (insufficient milk production) which would have excluded this female from the contributors to the genetic diversity of the Mara cheetah population. The last months revealed that the cubs feed on milk and judging by the fact that they do not compete for nipples, the female has enough milk. This fact is critically important because the female can now be considered a potential contributor to the cheetah population in the Mara-Serengeti Ecosystem. In recent days, the female hunted at a distance of 300 m to 3 kilometers from the cubs, sometimes leaving them in the open grasslands far from roads. In recent months, all side roads became covered with thick grass and are now poorly visible. Not only do animals actively use them for movement but also for rest, thus this puts them at high risks of danger. As tourism resumes in the Mara, it is now extremely important to be especially careful when traveling through the savannah. 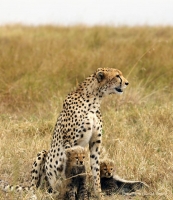 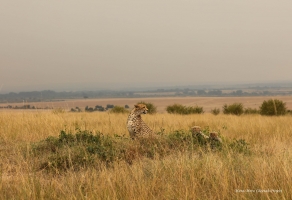 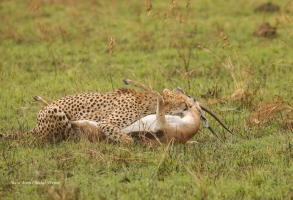 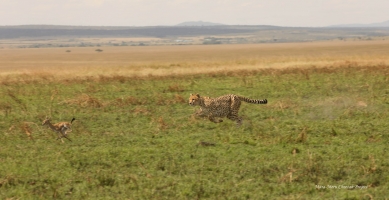 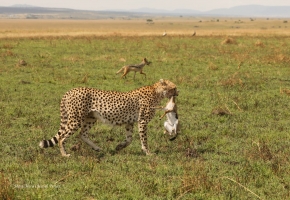 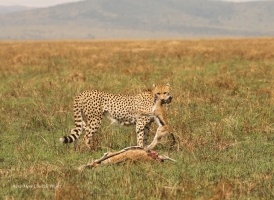 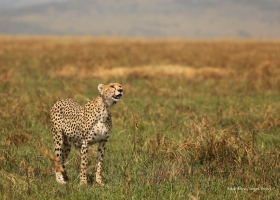 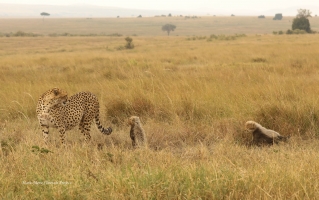 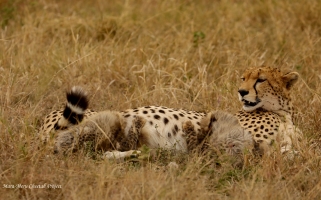 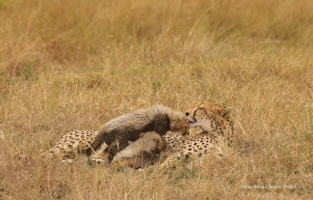 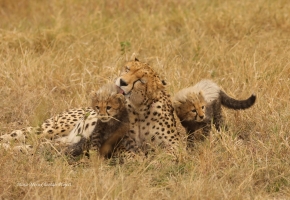 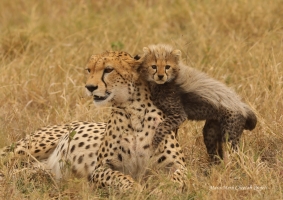 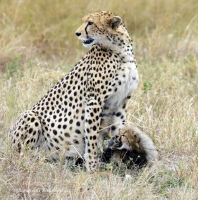 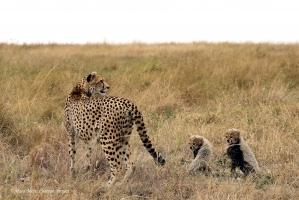 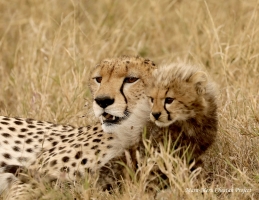 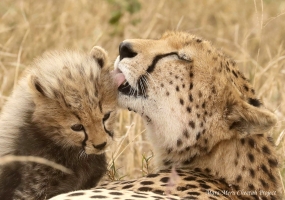