The absence of a physical boundary between Mara and Serengeti allows cheetahs, like other species move freely throughout the ecosystem. Some Mara-born cheetahs migrate to Tanzania, and some Tanzanian-born ones come to the Mara. Approximately every 3-4 months we meet new cheetahs. The appearance of new females with offspring is very special. In early January, a female with three half-year-old cubs appeared in the Sopa area of the Reserve. She was recently named Nashula (means “Mix” in Maa) for spending time in both Tanzania and Kenya. It is noteworthy that each time in the Mara, she explores new territories: in mid-February, Nashula was seen leaving for the Serengeti at the Sand river area, and by early March, she had already mastered the Siana conservancy. In January, the cubs were extremely shy, but now they are used to the presence of vehicles, giving us the opportunity to observe them. Such long-distance journeys are crucial for the future resettlement of the offspring. When the mother leaves the cubs and they start living on their own, it will be easier for them to establish their territories/home ranges, since they will be familiar with large areas. 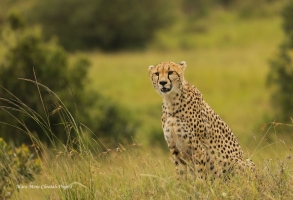 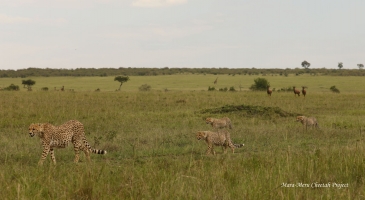 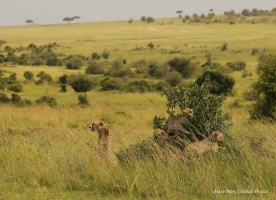 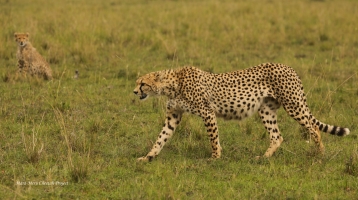 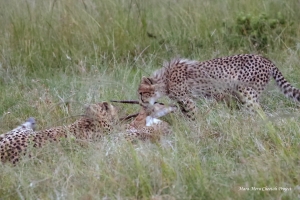 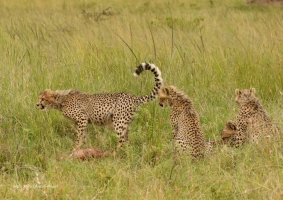 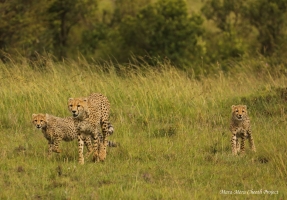 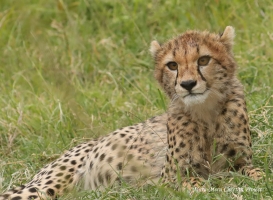