After mother leaves her cubs, littermates stay together from several weeks to several months. The length of time littermates stay together depends on how much each member of the group benefits from it. Young female cheetahs tend to be more successful hunters and may leave the group to start an independent life and not share their prey with littermates. Neema raised her first litter at the age of 5,5 years, which often happens in the wild, because by this time the females have gained sufficient life experience. After Neema left her 17-month-old cubs (one male and two females), they stayed together for another 3 months. At first, adolescents survived mainly on hares and fawns of antelopes and gazelles, but gradually developed hunting skills that allowed them to hunt adult Thomson’s gazelles and sub-adult Impalas. At the same time, one female often initiated movements, and the rest followed her, while the other showed outstanding hunting abilities. Three months later, she separated from her littermates and quite successfully hunts on her own. Based on the individual characteristics of each member of the sibling group, the Mara guides and rangers suggested to name the male Noma (Tough, in Swahili), his sister-companion Nariku (The One who is followed, in Maa) and the sister-hunter – Nagol (The One who relies on her own efforts, in Maa). Life in the savannah is full of surprises and dangers, and we believe that young cheetahs will live up to their names and make a significant contribution to the free-ranging cheetah population of the Mara. 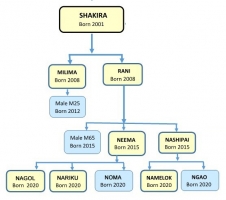 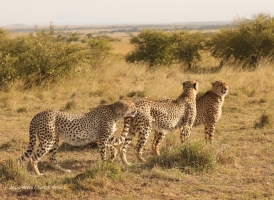 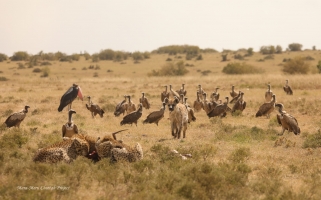 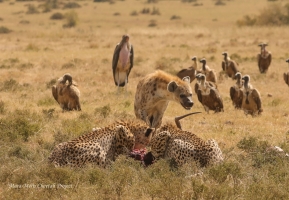 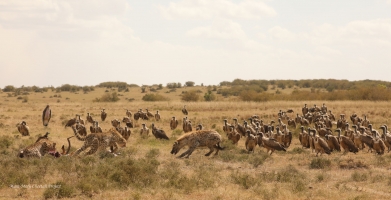 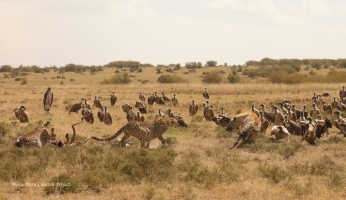 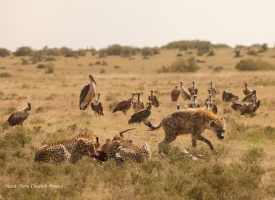 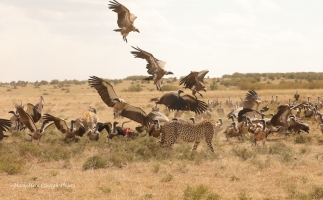 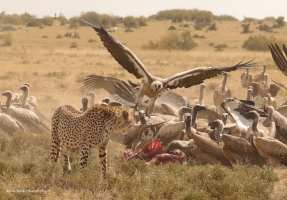 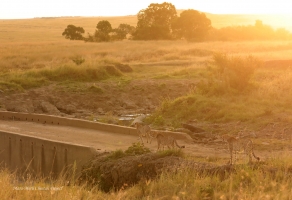 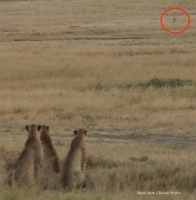 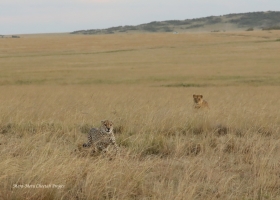 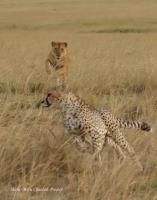 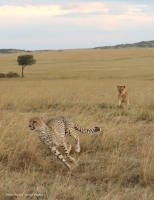 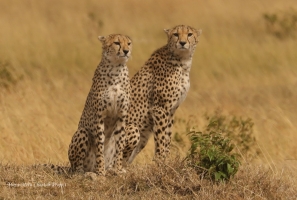