Out of all cheetahs over one year of age, who have been observed in the Mara Ecosystem in 2018-2019, 24% (7 males and 14 females) use territories of the conservancies and Serengeti National Park, and have never been seen in the Maasai Mara National Reserve. It is not surprising that the number of females is twice as large – males, especially single individuals, cover large areas in search of suitable and safe habitats and females, and therefore visit the Reserve, surrounding conservancies and neighboring Serengeti. Some cheetah females never show up in the Reserve, but their offspring when become independent, visit its territory. Female Entito has never been spotter in the Reserve, but her cubs started exploring its territory soon after the mother had left them. In early September 2019, we observed three adolescents – two males and a female roaming together. Siblings stay together from a few days to several months, after which young females leave the brothers. By March 2020, only one male was remaining out of the trio. Life of singletons is more difficult than of males in coalitions. To succeed, young single male has two options – to join a coalition or avoid meeting with groups. In the end of March, when Rosetta’s siblings (Ruka, Rafiki and Risasi) spotted him and started approaching, he preferred to run away. Although Entito’s son is older than Rosetta’s cubs, there is a chance that he might join them after Rosetta’s sons split with their sister Risasi. 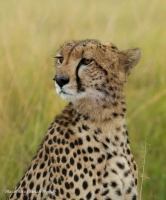 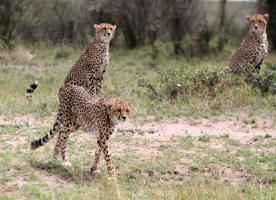 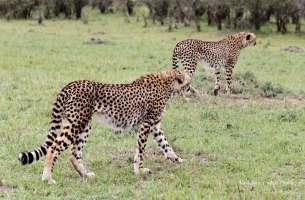 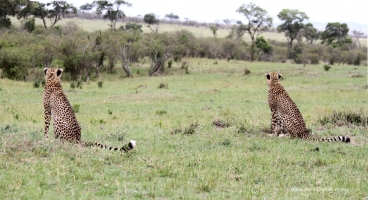 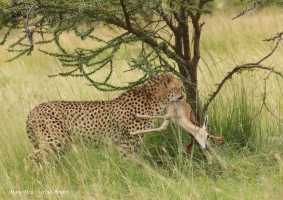 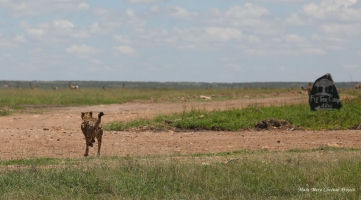 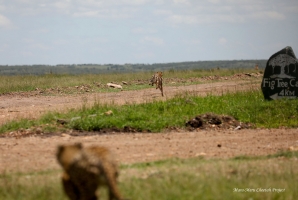 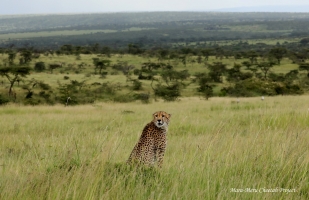