While life in a coalition provides significant benefits to each member, solitary life requires extra vigilance, energy saving, strength and prompt identification of dander. In 2017, Olchorre came to the Reserve with his brother, but in February 2018 already had another partner – 18 months old Miale’s son. However, within a few next months he lost his partner and started solitary life. His territory covers vast areas across two rivers from the Governors Camp, Serena pump, Mara Olapa Camp to Hammerkop. During the two years, from a very shy male, he turned into a tolerant to the tour vehicles, giving visitors opportunity of observe him at a closed distance. Two days ago, after finishing his small meal (fawn of Thomson’s gazelle), he was found by a jackal, on whose territory he was eating. Olchorre was watching the jackal approaching , periodically marking the territory in 3-5 meters from the resting cheetah and picking up the rest of a kill. After finishing the small kill, jackal settled next to a cheetah and fell asleep. When cheetah started moving after the sunset, jackal started following to the edge of his territory. For a jackal, following a potential hunter is also a survival strategy. 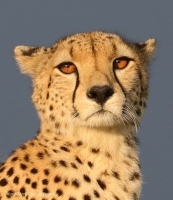 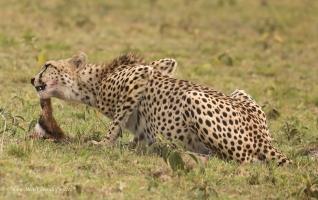 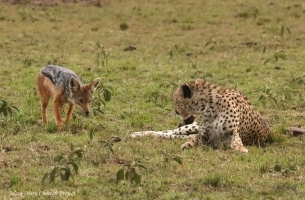 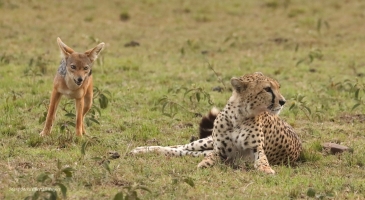 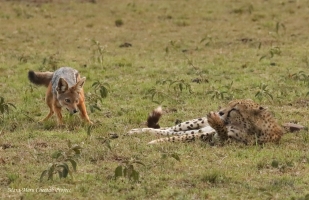 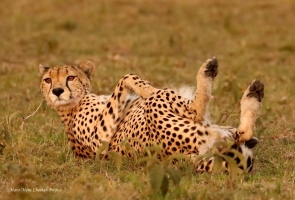 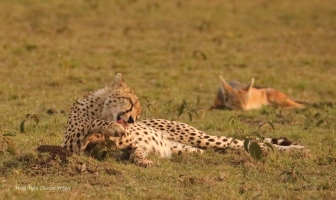 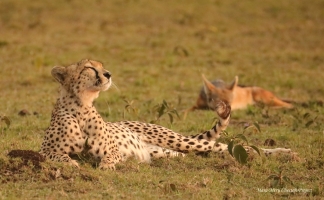 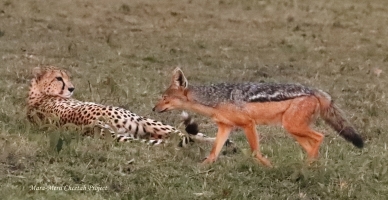