This year, Rani reached 13 years – maximum age for cheetah females recorded in the Mara since 2012. At this age, she may conceive, but will not be able to bring up offspring. Rani had successfully raised only one litter in 2016 – one male and two females: Nashipai and Neema. Both females became pregnant multiple times, but could not raise litters for various reasons. The advent of 5-year-old Nashipai in June last year with two cubs has become a long-awaited and important event. Today her sister Neema brought her three almost 3-month-old cubs from Olare-Motorogi conservancy to the exact spot of the Reserve, where her sister Nashipai was with her two cubs 15 days ago, and where Imani was with three cubs the day before yesterday. This is not the first time Imani has shared the area with another family. In 2016, when she was raising her litter of three, she coexisted here with Rani and her daughters Neema and Nashipai. Despite the presence of many other predators in this area, it serves as a safe corridor between the Reserve and the adjacent conservancy, and is regularly used by all cheetahs. When cubs reach 2,5 months, the females begin a long journey through the ecosystem, presenting the cubs with new habitats so that they can subsequently successfully settle in the Mara. 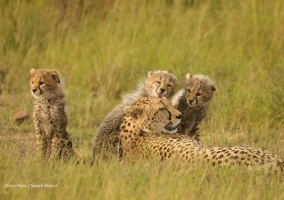 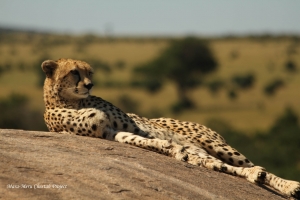 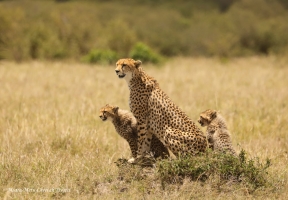 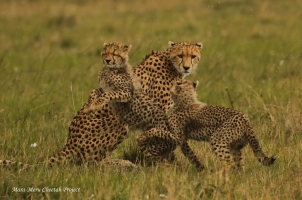 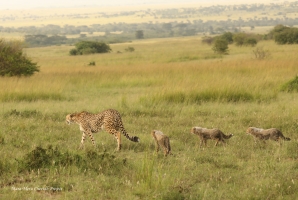 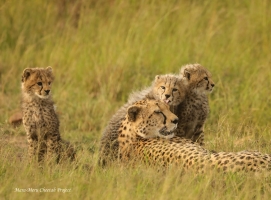 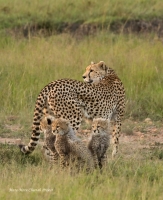