In the Mara, only 7-15% of cheetah cubs reach independence. Females meet many challenges and not all of them get the opportunity to raise at least one litter. This year, 7-year old Rosetta finally successfully raised her three cubs to independence. She became the third female (after 8-year-old Miale and Rani), who raised her first litter at such a mature age for the first time in their life. After Rosetta left her two sons and one daughter in mid-March, siblings began to visit places that they had become acquainted with while following their mother. From this moment on, they need not only to get food, but also to learn how to protect their own lives and health from competitors for resources, including conspecifics. Therefore, after making a kill, they start eating right away while one of them is still suffocating the prey, and after saturation, leave the place before competitors and enemies got a sight of them. In 2001 and later in 2011, we observed their great-grandmother Resy with her daughter Rosa, who raised Rosetta in 2014. We are now observing fourth generation of this family with the hope that the family genes will be extended over through a female and the males and enrich Mara cheetah genetic diversity. 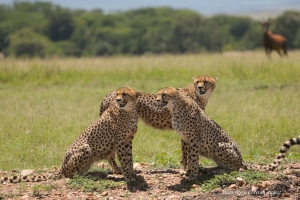 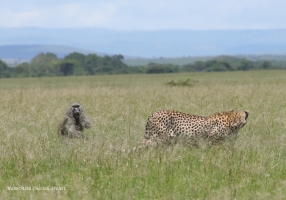 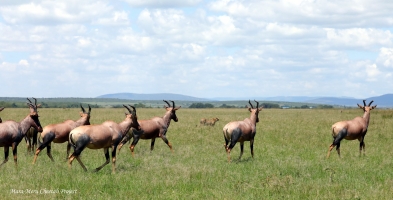 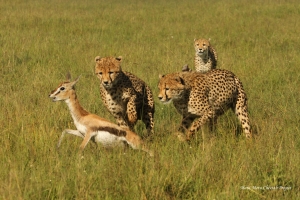 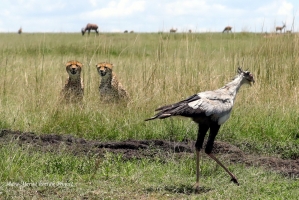 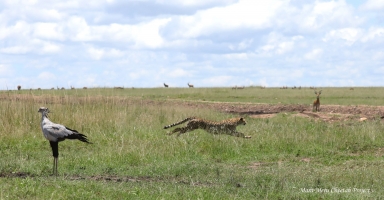 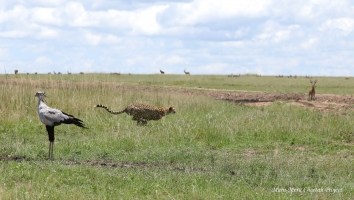 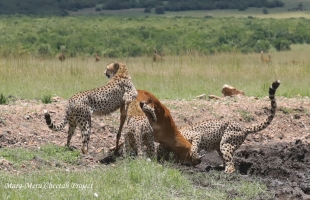 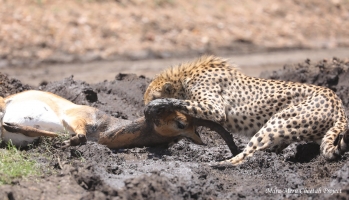 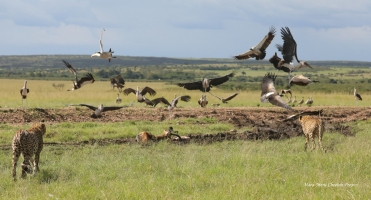 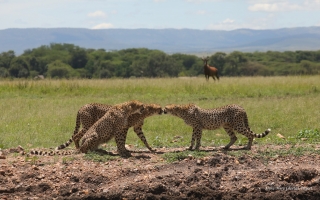 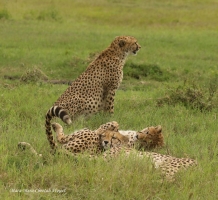 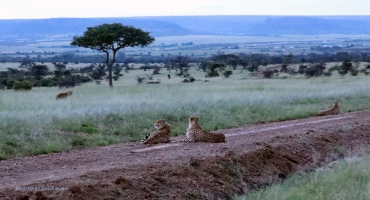