When a cheetah mother leaves her juvenile cubs (usually while pregnant), they stay together for a couple of weeks to several months. During this time, the young females leave the sibling group, and the brothers continue to stay together in an alliance that is called the male coalition from that point on. In most cases, young females remain within the mother’s home range while young males travel far and establish their territories/homes in remote areas. This mechanism helps to avoid inbreeding between family members. Some young cheetahs born in the reserve travel far from their natal area, crossing the Sand and Mara rivers into the Serengeti or the Mara Triangle. Over the past 6 months, 5 cheetahs from the reserve have been spotted regularly on the other side of the Mara River in the Mara Triangle. Among them are Ngao and Namelok (the only cubs raised by Nashpai, Rani’s daughter and Shakira’s granddaughter) and Rosetta’s cubs: two males Ruka and Rafiki and a female Risasi. Rosetta (Rosa’s daughter and Resi’s granddaughter) raised her only litter in 2020. Although the cubs were born in the Sand River area, the mother took them deep into the reserve and left them in the Simba area. Since the mother left her 18-month-old cubs, they have been living together for 3.5 months, wandering in the Mara. For more than a year, young cheetahs have been spotted in different parts of the reserve, including the Mara Triangle. At the beginning of their independent life, the brothers were not successful hunters and often were struggling to take down antelopes. At the age of 3.5 years, they become skilled hunters and manage to catch subadult wildebeest. Unlike females, males usually do not drag kills to safe places, and eating in open areas becomes challenging due to kleptoparasites: lions and hyenas. Last week they made two kills in one day, but the first (Thomson’s gazelle) was captured by two lions, and the second (a subadult wildebeest) was successfully eaten by brothers within 6 hours. In order not to attract the attention of potential kleptoparasites, cheetahs do not start eating sometimes for more than an hour. Noticing a hyena in the distance, the brothers waited for 45 minutes, and as soon as hyena far enough, they started eating, taking turns so that one of them was always on the alert. Interestingly, their pregnant sister Risasi was 1-2.5 km away from them for several days. For various reasons, in the Mara, some females manage to raise their first, and sometimes only, litter at the age of 6 years. Risasi hasn’t had success in the reserve yet and hopefully he will have better luck in the Mara Triangle. 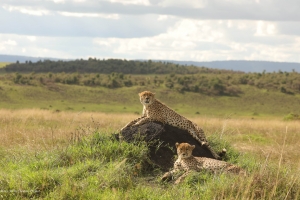 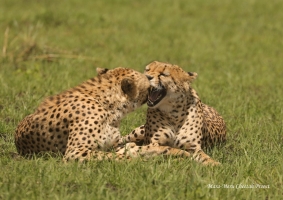 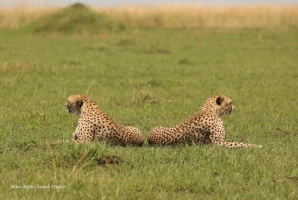 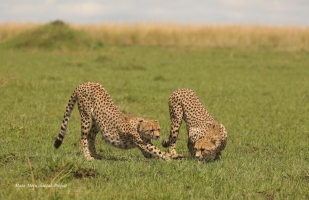 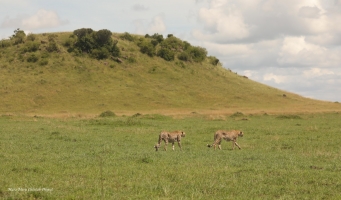 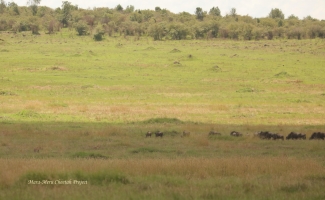 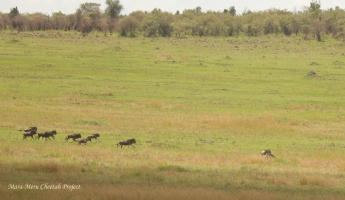 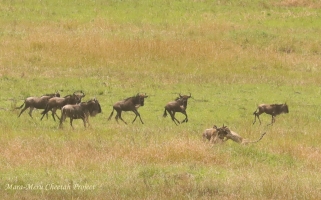 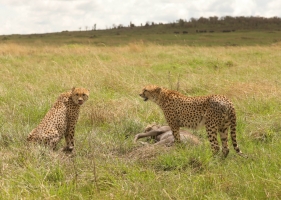 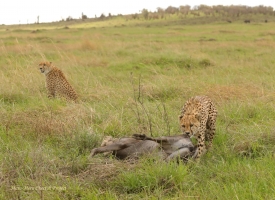 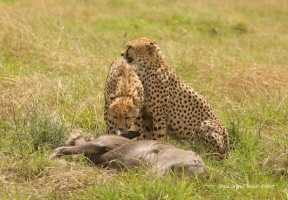 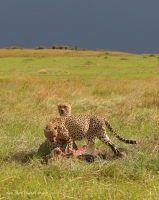 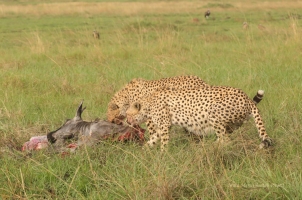 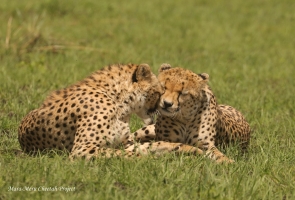 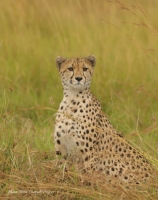 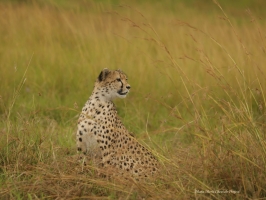 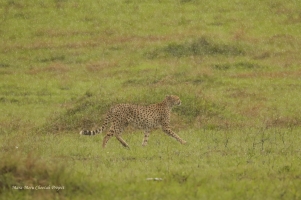 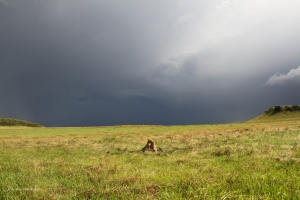