The last week of June was marked by a pleasant event – 6-year-old Siligi – the sister of Olpadan (one of Tano Bora male coalition), who is known for giving birth to 7 cubs in 2019, showed up with a new litter of 5. The female is in a closed area of the Reserve, her two-month-old cubs are very shy. Unfortunately, on the very first day, a tragedy occurred – one of the cubs was caught and killed by a lioness. The cubs had already eaten and were playing next to the carcass when the female noticed the lionesses from afar. She began to eat greedily. Soon the lioness appeared 100 meters away, attracted by a group of vultures waiting for the Siligi family to finish their meal. Siligi rushed to the lioness and chased her away, while the cubs rushed down to the bushes. However, there were several more lions in the area – 3 adult females and their cubs. One of the lionesses grabbed Siligi’s cub and carried it into the bush. Siligi did not see what happened, and loudly called the cubs, and then began to lead them away from the lions. The next day, she twice returned to the scene, surveyed the area from the elevated points calling for the lost cub. That happens when the female did not see what happened to her cub. 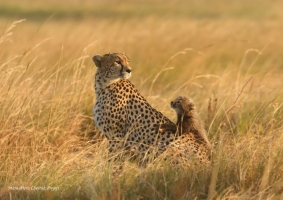 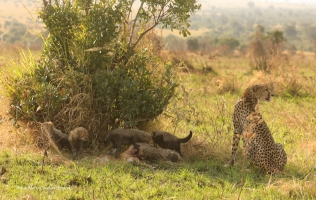 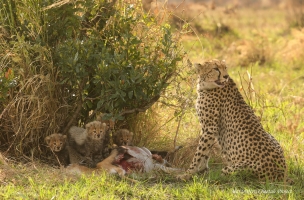 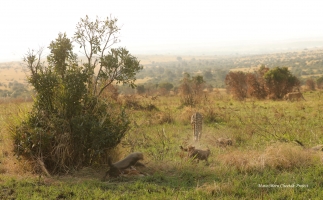 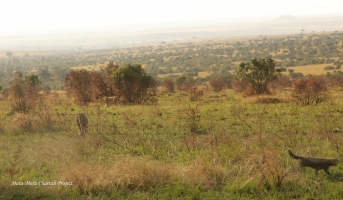 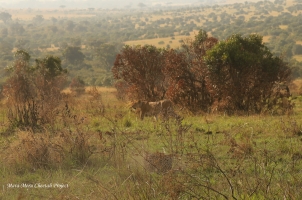 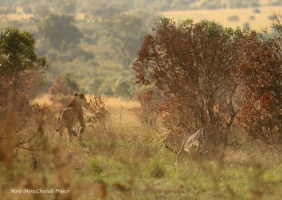 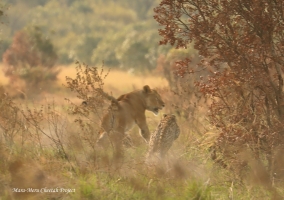 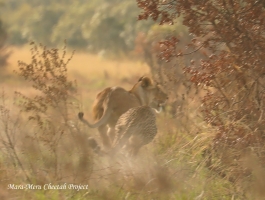 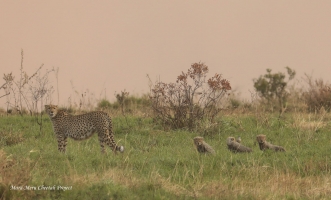 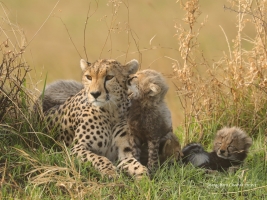 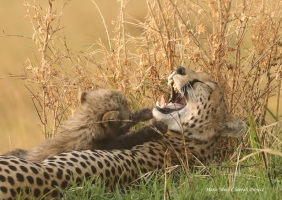 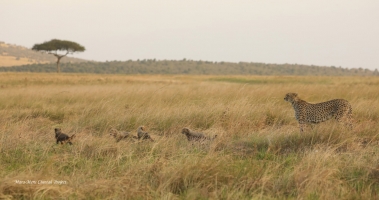 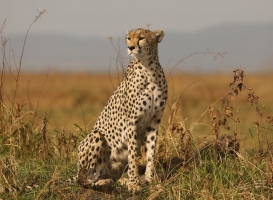