Having lost two members, three of the Tano Bora carry on with successful hunts and courtship with females. After two days spent with Nashpai, the males left her because the female was not receptive. The last to leave her was Olonyok, who had mated with her before. Hunger forced him to follow his coalition-mates. If the males are full, they stay with the female and make sure that she does not disappear, but Tano Bora were hungry, whereas following the female did not promise anything positive. While the males were sniffing the place where female has rested, she carefully slipped into the thick grass. When the males noticed her absence, she was already running toward the Talek river and soon crossed to the other side. After searching for her without much enthusiasm for a few minutes, the group went hunting. Recently, leadership has been shared between Olonyok (“The One Who Tries to Become Better” in Maa) and Winda (“Successful hunter” in Swahili). On that day, both males justified their names, masterfully putting down a half-adult zebra. Moreover, Olonyok suffocated the prey all the time, Winda helped, and Leboo at that time did what Olpadan – the ex-leader of the coalition had done before: he gnawed the inguinal area. That presumably causes a pain shock in the victim, and possibly, partial anesthesia due to the release of the Catecholamine. Zebra neck muscles are tight and strong, and it took two males 13 minutes to put the zebra to sleep. After 5 hours, there was almost nothing left of the carcass, and the males eaten enough for 4 days. 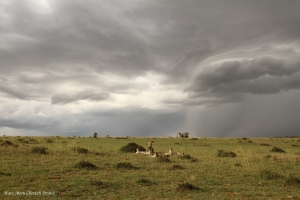 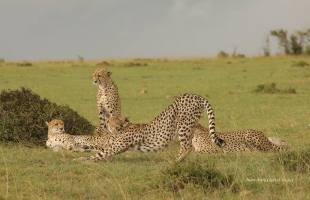 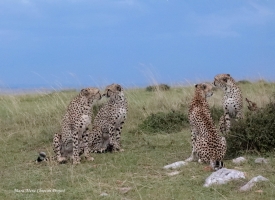 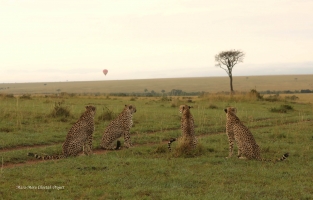 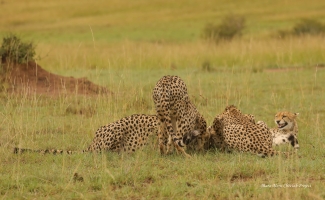 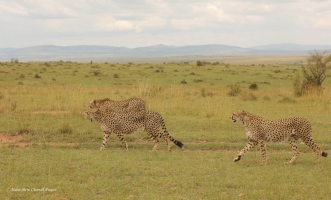 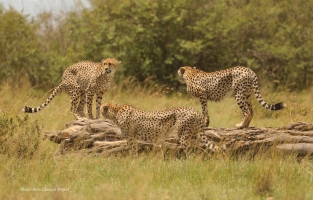 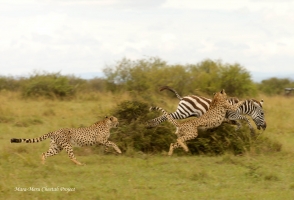 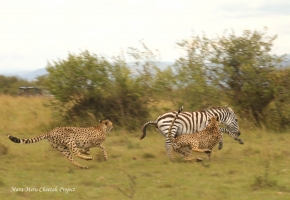 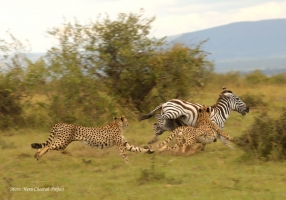 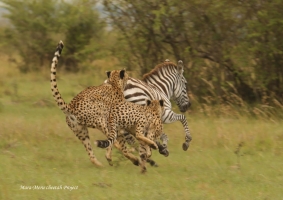 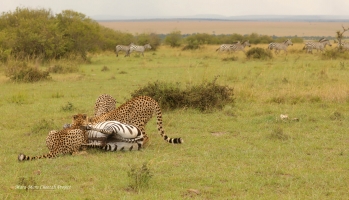 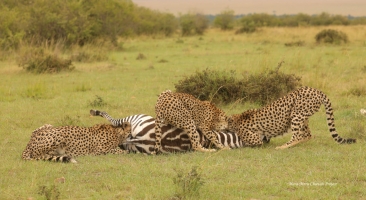 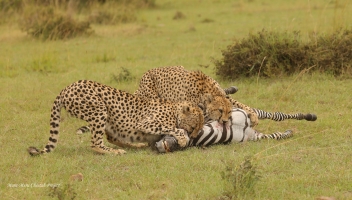 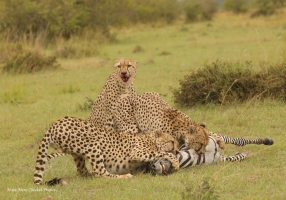 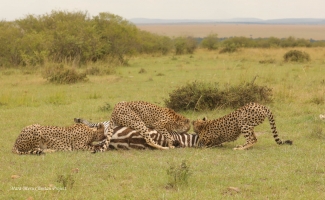 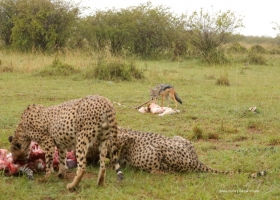 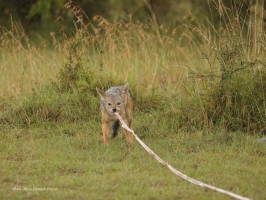 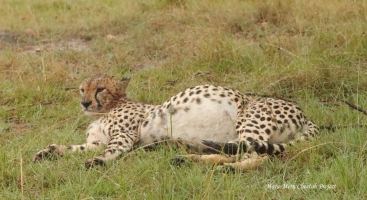 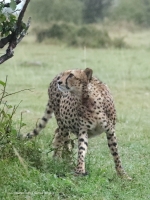 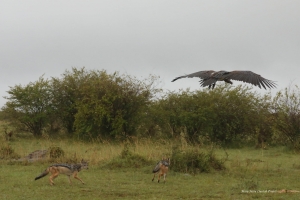 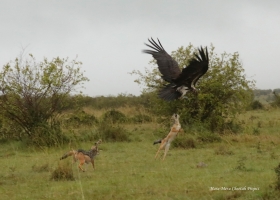 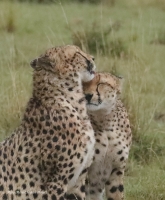 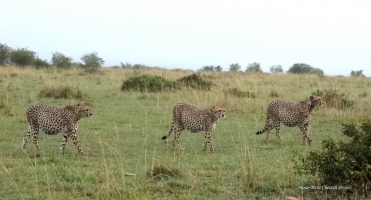