Cheetahs are induced ovulators, that is, in order for a female to come into oestrus, she needs external stimuli. Meeting with males is one such incentive. Over the past 10 days, the Tano Bora male coalition met Nora several times, but only three males initially lingered in hope of mating – Olpadan, Leboo and Olarishani (who had previously mated with her). However, the more often they intersected, the less interest this female aroused in males. For example, the day before yesterday, they all ignored her when spotted in 50 meters. The males were more interested in gazelles. Interestingly, a few days ago, in close proximity to each other, there were 3 different females – Nora, Miale and Nashipai. When the two males left Nora, they met with Nashipai, who was also not ready for mating. After following her for some time, Olarishani eventually left her and went in search for his coalition-mates. 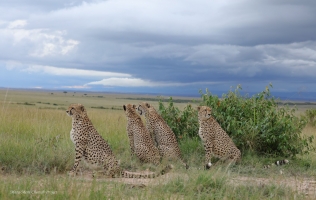 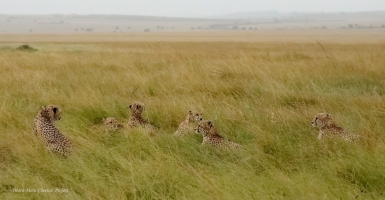 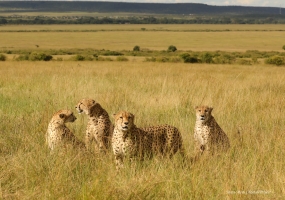 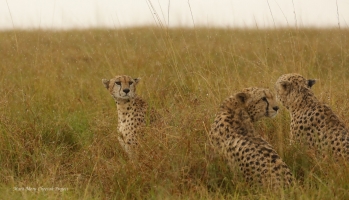 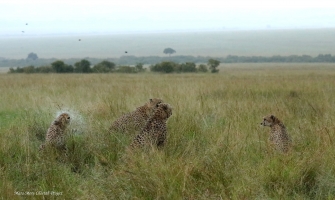 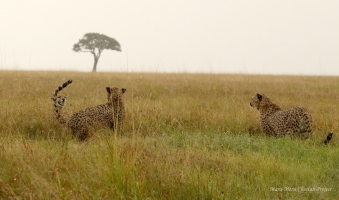 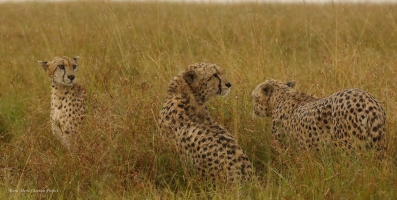 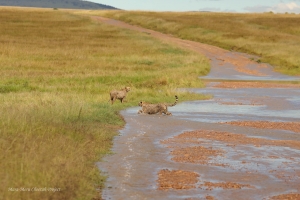 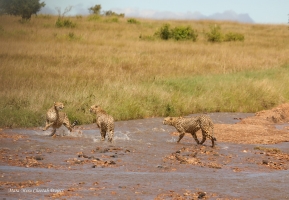 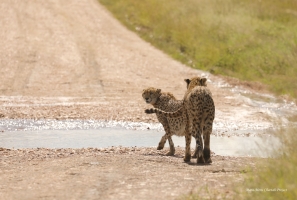