Over the past month, there have been many events with Olpadan and his coalition-mates. By the end of July, Olpadan’s alliance with Kijana fell apart, lasting less than a month. Kijana returned to Naboisho alone, and on 23 July met his mother Kuahidi in the adjacent Olerai conservancy. She was not very friendly towards her son when he got too close, but they clearly divided the prey, since in the early morning both were with full bellies. The night before, Kuahidi had been looking for prey alone.
Four males continued to travel along the Mara – crossed the Sand River and briefly settled near the Tanzanian border, successfully hunting wildebeests twice a day, and in 5 days reappeared in their usual place – Tipilikwani junction. In the absence of Olpadan, the males acted harmoniously during hunting and bringing down the prey, and showed mild aggression only at the end of the meal, which is typical for groups of cheetahs. They also met with Nora twice.
After parting with Kijana, Olpadan briefly settled in the Survey area of the Reserve, successfully hunting wildebeest calfs. Apparently, he avoided encounters with other cheetahs, as he made no attempts to approach either 4 males or females. On July 23, he was chased by Nashipai as soon as she noticed the male, and on July 26, when he appeared in the territory that the Tano Bora coalition regularly patrolled, he was noticed by 4 males – his former coalition-mates.
The attack by 4 males on the former member of the group, unfortunately, led to serious injuries – in addition to wounds on the body, Olpadan got a serious injury to his right eye. According to the vet doctor’s forecasts, Olpadan’s vision can restore at best by 35%, that is, the male will be able to distinguish the movement of the shadow, but he will not be able to see clearly. A cheetah with one eye can successfully hunt, as the male Kisaru has demonstrated for several years, but in Olpadan’s case, the physiological problem is not as significant as the socio-psychological one.
It is more difficult for a lone male to exist where there are many male coalitions, but a loner can avoid serious injury. During the 4.5 years of the existence of the Tano Bora coalition, we observed them in encounters and fights with 7 different males, and in no case was a single male injured. It is difficult to say how the males would behave towards Olpadan if he wanted to return to the group. When any of the males left the group for several days, he subsequently looked for his coalition, called his coakition-mates and the coalition responded (except for cases when the males were in courtship with the female and avoided competition). Rejoining with coalition-mates was more or less peaceful and only Olpadan attacked the returning male. Over the past months, Olpadan himself has repeatedly left the group for a short time, but has always returned and was accepted, although not very willingly. Most likely, coexistence with other males became difficult for Olpadan, which led to his departure from the group. Very likely 4 males perceive Olpadan as a competitor for all natural resources, and a new meeting with him may be fatal for an adult crippled male. However, animals are adapting to changing conditions, and perhaps Olpadan will be able to develop new strategies that will help him survive in the Mara. 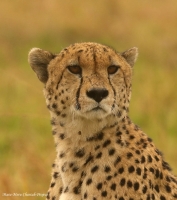 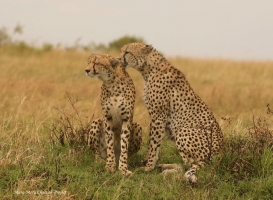 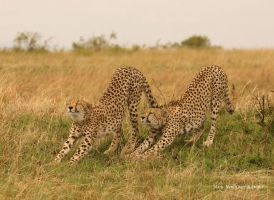 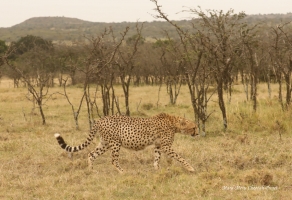 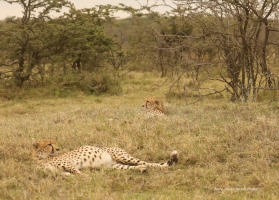 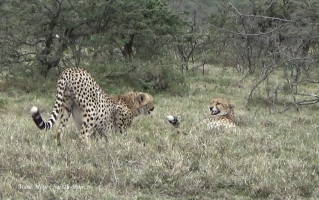 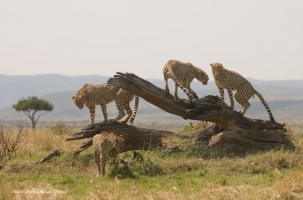 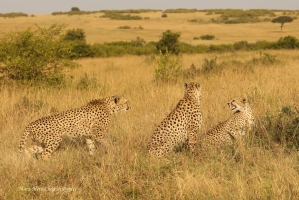 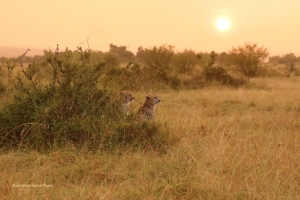 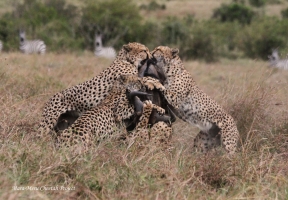 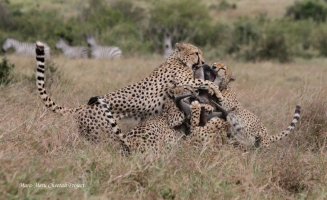 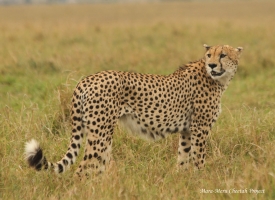 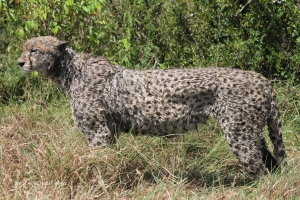 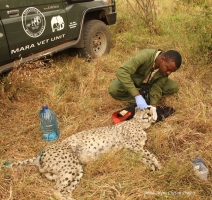 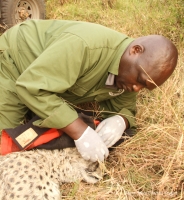 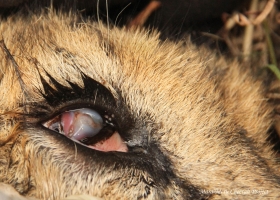 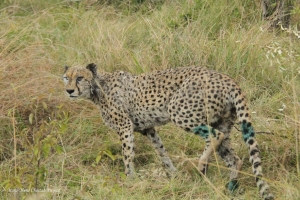 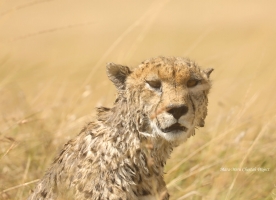