When traveling with small cubs, the female must not only safeguard them, but also feed them regularly. While the cubs are small and largely dependent on milk, the female often leaves them in a secluded place and goes hunting sometimes for up to 6 hours. The younger the cubs, the longer they sleep after breastfeeding. If the cubs wake up from being disturbed by other animals (elephants, warthogs, jackals, etc.) or from a running car engine, they begin to whistle, calling on their mother. When cubs reach 3-4 months of age, they spend more time active and often follow their mother while hunting, staying far behind the female when she gets ready for a chase. This helps them learn hunting technics. After a successful hunt and strangling of prey, the female calls the cubs. At this time, it is very important that there are no visual and communication obstacles between her and the cubs (for example, cars with engines and / or radio on). Before or after calling the cubs, the female usually drags the carcass into the bush so that the vultures would not detect it from a height and food competitors from a far distance. She gives the cubs the opportunity to get enough, and only then she herself begins to eat. The soft tissues of the limbs will be eaten first, and the peritoneum will be opened last, because the strong smell of blood can quickly attract kleptoparasites. If the family is not disturbed by other animals, females with cubs stay with the kill for 4-6 hours, periodically eating it. Neema spent two days in search of suitable prey, making an unsuccessful attempts, and in the end, she got an adult male Thomson’s gazelle. Families with small cubs usually spend the next day after eating in dense bushes away from tourist routes. Even when the cubs are playing, they remain invisible from the outside. This is one of the adaptations to avoid attracting the attention of natural enemies. 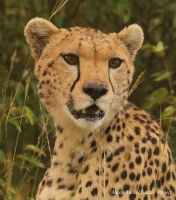 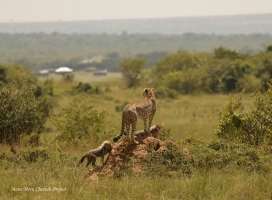 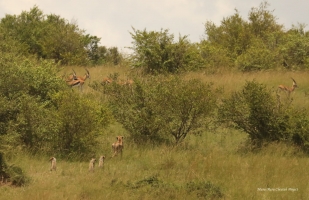 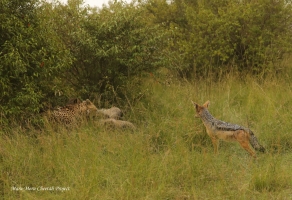 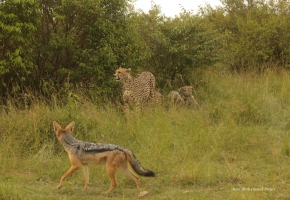 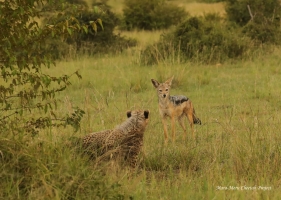 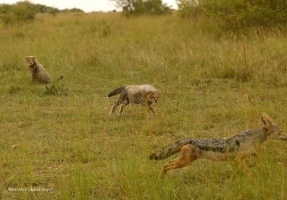 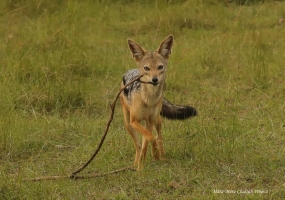 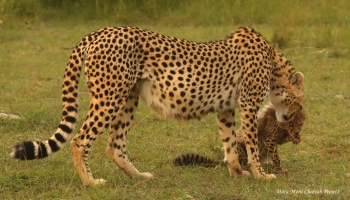 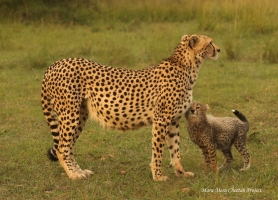 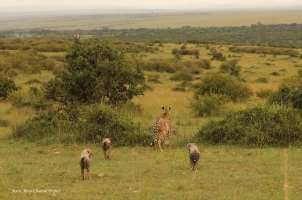