Cheetahs have been known to seek competition refuges within the landscape with low densities of lions and spotted hyenas. However, a combination of certain environmental factors can change things. Heavy downpours made many parts of the Mara inconvenient for various species of animals, including ungulates and predators, driving them to the more suitable areas. As a result, large herds of antelopes occupied fields of the Talek gate area of the Reserve. It is likely that the abundance of prey reduces intraspecific and interspecific competition. In the area of 9.5 sq. km of the Reserve, from Fig Tree camp towards Maji ya Fisi and to Ilkeliani camp, during one week of February, we observed five different cheetah females: Imani, Miale, Nora, Rosetta with 3 cubs and Busara (whose territory covers Musiara area and the Mara Triangle). In a few occasions, females were 150 m apart and this did not seem to bother them. Next week, apart from a few females, we also found in the same area eight males: the five male coalition (Tano Bora), coalition of two males (Mkali and Mwanga) and a single male Olchorre, who is usually roaming on the side of the Double Cross. For cheetahs, the inconvenience is that the same area also attracted lions, which were sometimes located at a distance of about 100-150m from cheetahs. Even if competing predators do not make direct attempts to attack cheetahs, as the subordinate carnivores, cheetahs have to be extra vigilant so as not to lose their prey or life. 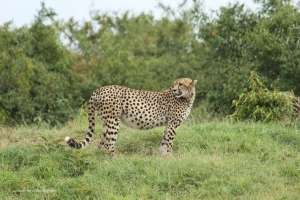 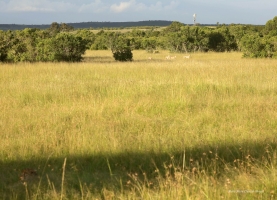 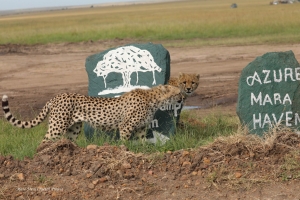 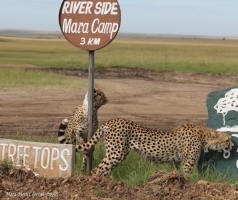 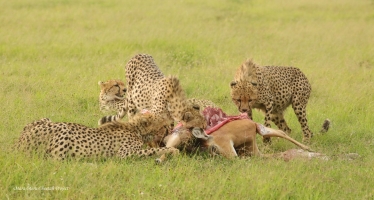 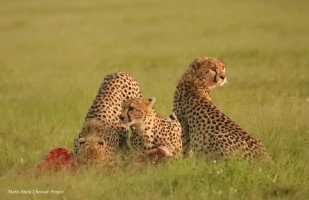 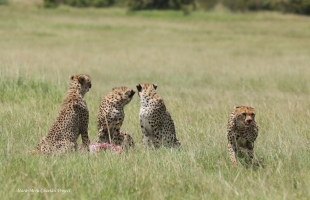 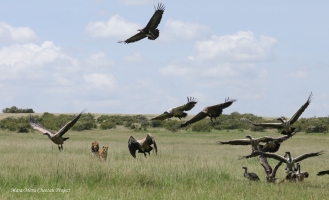 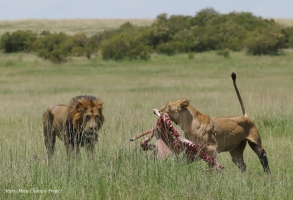 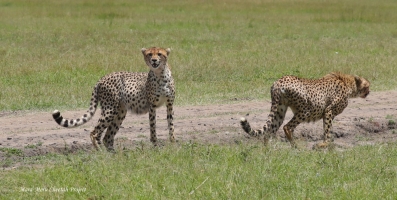 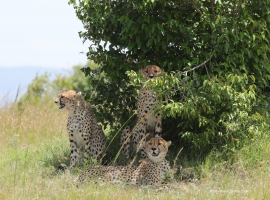